League table at the start of the night:

It was a really funny final table, though I can’t remember much about it. Something about someone’s uncle and grandad. That was all quite confusing.

Leading up to that, Matt Wilson was card dead, only picking up the pocket rockets 4 times. Lolz.

Some interesting hands at the final table.

Then all in again, this time I’m at risk against Adam, holding JK vs his AA. JJK on the board helped though. [Did a little internal dance.]

There were some others as well. Will try better next time.

Anyway the points scorers on the night were: 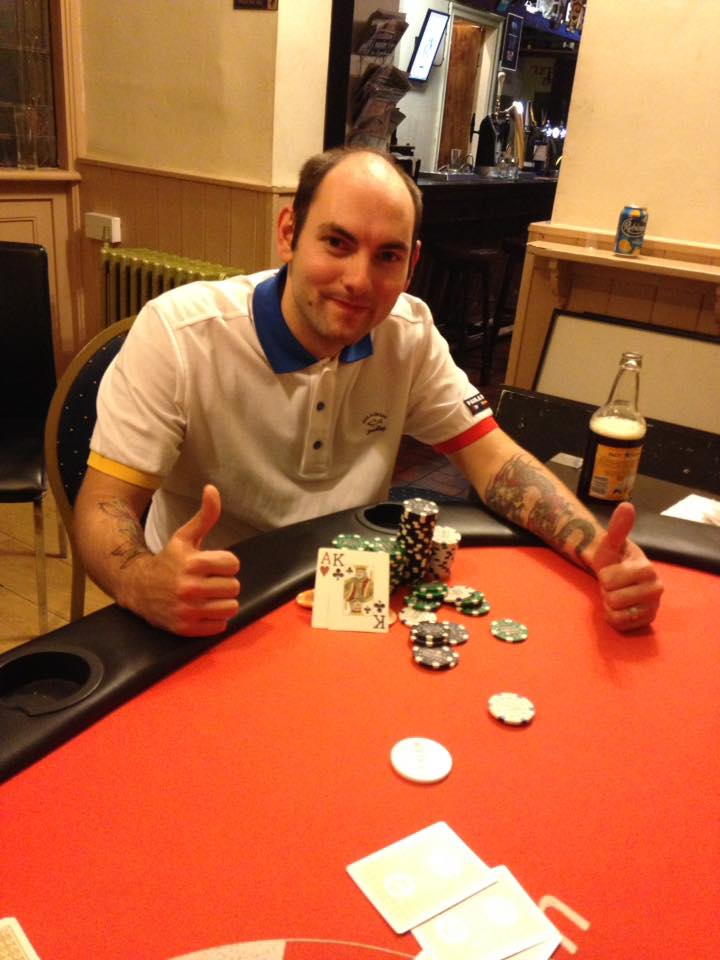 Which means that the table going into the final two games looks like this:

Oh, and Kev O ‘won’ the Shirt of Shame for the first time ever. Unlucky, son.

Not much on at the moment. Catching up on Suits on Netflix. If you like your legal dramas a bit frothy and funny, then it’s for you.