The penultimate game of Season 22 had arrived and Lee Mason had a healthy point lead, 13 in fact ahead of 2nd place which currently saw Gaz Howard and Matt Kay on 24.  After registering some pretty awesome results however, Lee would really need to finish high in the points to improve his tally as remember it’s top 4 games that count.   Could we see a late title surge from one of the pack?  We were about to find out!

22 runners would see the smallest turnout so far for the season and a great opportunity for the BCPC lot to grab some vital points to push for seats at the New Talbot.

Not much going on in the Whatsapp group so this could be my shortest blog yet, here goes!

Rich Hughes would be first to exit us in 22nd place and next to  leave would be Nic Rawlings by way of flush H’s flush.  Nice hand H! 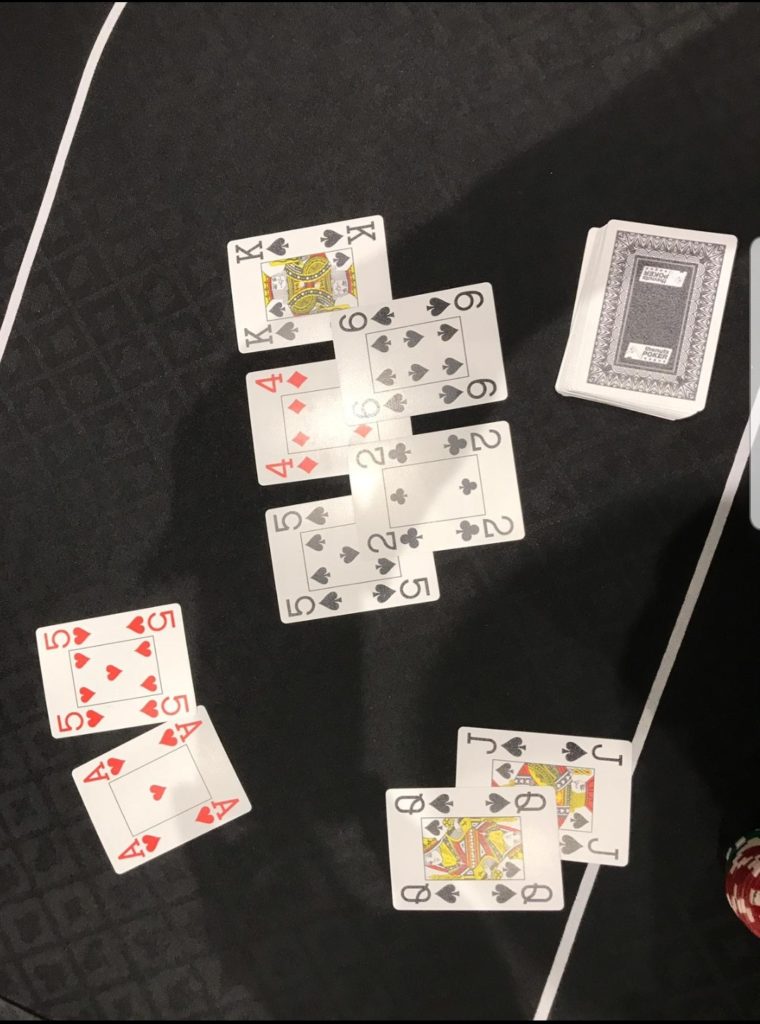 Not long after the break and Matt Kay would be gone in 19th courtesy of Amy Coshan’s full house, nice!

Rob Hewitt would exit in 13th.  Amy Coshan finding a lot of chips with the pocket Queens and this hand was no exception.  Hewitt’s pocket 10’s just no match!

Nye Venables was a busy lad for the evening and doing Lee Mason a favour by taking out some of his rivals, namely Cawley 15th and Gaz Howard in 12th!

Mr. Sharples would be our 10th place finisher picking up a point for his efforts and that would mean…..

A heads up sees Ricky up against Nye whereby Nye was looking to pop his BCPC win cherry, but unfortunately he just couldn’t finish it off which would see Ricky take 1st place!

I asked Ricky for some information on his rise to take first place and he kindly gave us this insight;

“Final table, earlier on i ran QQ into Nye’s JJ and got a full double up, which allowed me to start playing a bit more poker.  I also picked up kings and 3 barreled KK and got called on every street by Amy (Q River for a Q High board) Amy didn’t show, but said no good story ever starts with Jacks and a couple of hands later I managed to take her out.  After this hand I’m chip leader and the only stack anywhere near me is Matt Godwin which was where the vital hand comes”

“5 Handed, he opens 3x on the button with the A5 and i flat the BB!! He continues flop and i flat again.  I check again on the turn and he bets.  I now realise I can get all his chips so 3 bet and get the insta shove from him I was expecting and quickly snap him off!”

Ricky had this to say on his win:

“It always feels good to win, but I’ve won nothing yet.  I want that title!“

“Think BBC are repeating Detectorists”  Also, I’ve just started watching Dark on Netflix. Need to concentrate to keep up with who’s who, but worth a watch.