Week 3 of season 23 was upon us after Christmas and new year meaning we had waited a long time to get back in to the action.  Tonight’s game was a shootout meaning that the remaining 3 players on two tables would progress to the final table along with the top 3 and last surviving 4th from the remaining table.  Could McKinlay increase his lead?  Could Phelan’s fantastic form continue or would Mason be pushing on with some excellent play?

25 players would join for tonight’s game and it wasn’t long before Nic Rawlings would leave us.  With no points currently for the season he would earn himself both shirt of shame and cap of crap for week 4, ouch!

Pickering was very unlucky against Cromwell after losing to the river rat when massively ahead, unlucky Liam!

Phelan would exit in 15th bringing his superb run to a halt giving Matt McKinlay and the pack some space to push on for the points.

Matt Cromwell (guaranteeing his first points for the season)

Matt McKinley (Cracking start so far to the season)

Paul Foy (There is only one!)

Rich Hughes would go first with his Ace dominated.  Looked like a split pot however the 6 gave Cromwel the chips.

Incidentally Cromwell next to go getting tangled up against Godwin, his pocket 4s beating AJ on a low paired board.

Players then started to go pretty quickly and we had them drop in this order,

In the money and that would see

Leaving McKinlay who has had a cracking start to the season up against last years champ on 0 points so far in Godwin.  Incidentally McKinlay came back with hardly anything, all in pre and hoping the poker Gods were on his side.  They were up against Foy and that had helped him get back to make it heads up, a cracking turnaround.  It was one step too far however and Godwin had pulled yet another win out of the bag!  Congratulations sir on a great win! 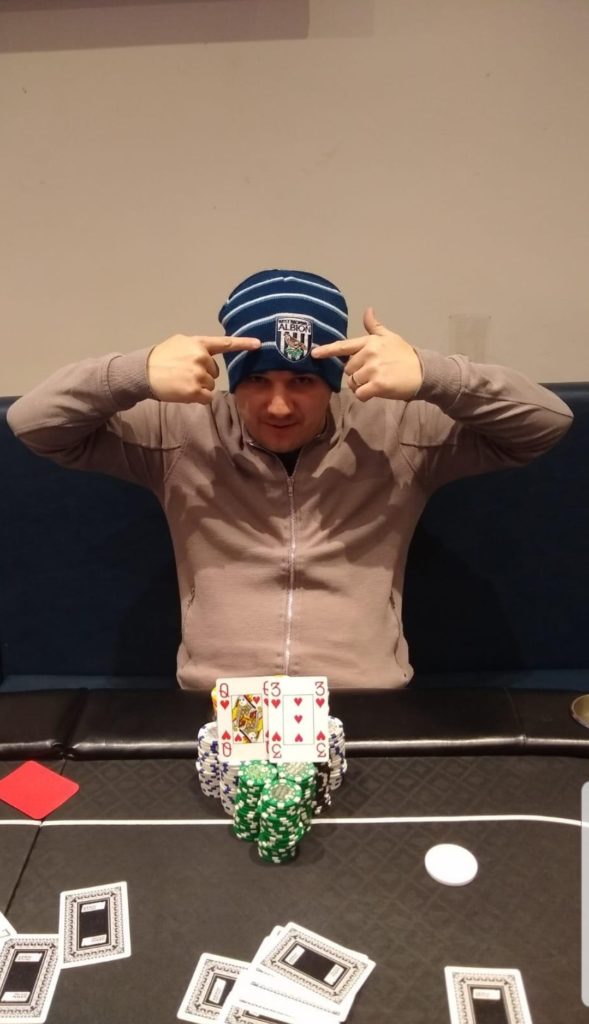 If that’s too far away we have the headsup championship taking place in 11 days on the 24th January so get your name down, £20 in.  Not to forget the APAT team Championships on 1st February so good luck to all players playing that.

Remember to check out the calendar of upcoming games and events.  Big thanks Tod for spreadsheet data and Brian for newsletter.

If anybody would like to have a go at picking up the blogs to make them more in depth going forward please speak to myself.  Salary is nothing, but full training is provided and a chance to give something back to the BCPC 🙂  Current responsibilities mean I’m unable to do the in depth blogs of the last few seasons unfortunately.