The two day extravaganza took place at the New Talbot over the 23rd and 24th November at the New Talbot, West Bromwich as a celebration for the BCPC forming a whopping 10 years ago, wow!  The buy in was set at £55 with re-entry at £50

Day 1a would see a prizepool collection of £950 and chip counts of the lucky 7 to make it through to day 2 were as follows:

Day 2 was to kick off shortly after at 19:30 following on from a quick break and the amalgamated players from day 1 and 2 would look a little something like this.

The payouts for the game would look a little something like this….

Exiting in 6th place would be Nye Venable, but not before a saver was made for £50.  Sean Priest would leave the fold in 5th place for £150 followed by Tony Trippier in 4th for £250.

The final 3 would be Steve Redfern, Paul Pitchford and our current BCPC player Adam Phelan.  It was Adam that would incidentally go on to finish 3rd picking up a cool £350.  Very nice and then there were two…

Heads up would see a couple of the final table shorties battling it out for 1st and 2nd after battling through the field.  Steve Redfern up against Paul Pitchford. 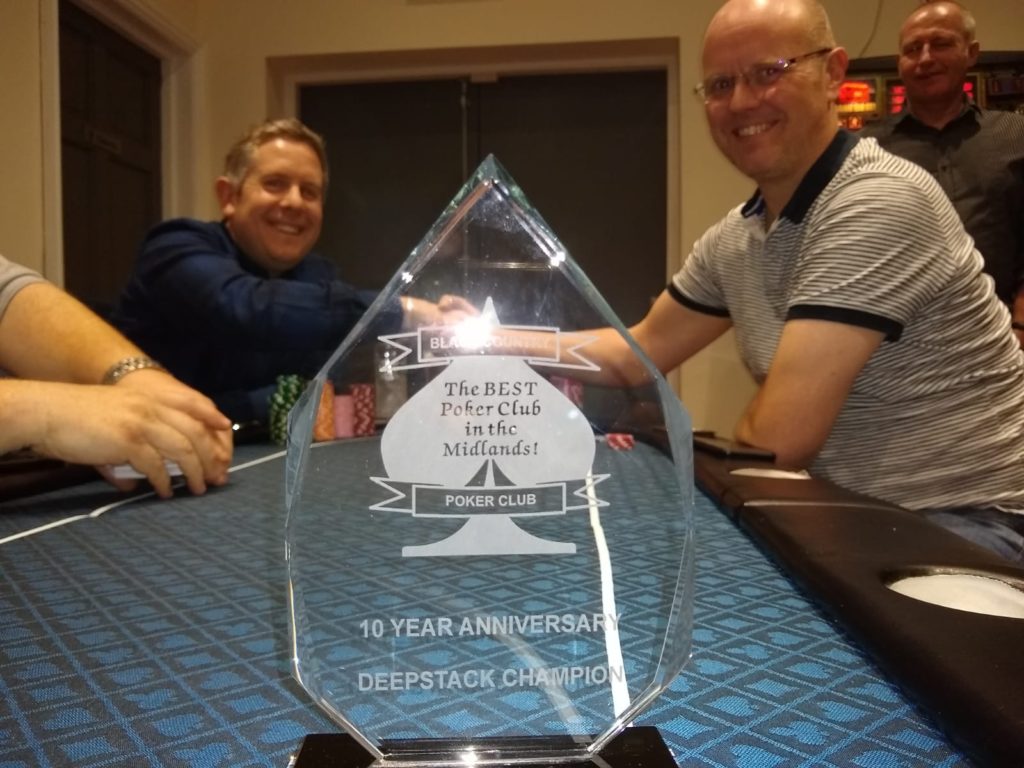 Battle would commence, but it would only last around 20 minutes before Paul was declared the 10th anniversary BCPC Deepstack champion netting himself a cool £850 to add to his £140 high hand winnings and Mr. Redfern would take home a princely £550!  Very well played to Paul and Steve and a great turnout and day that was enjoyed by all. 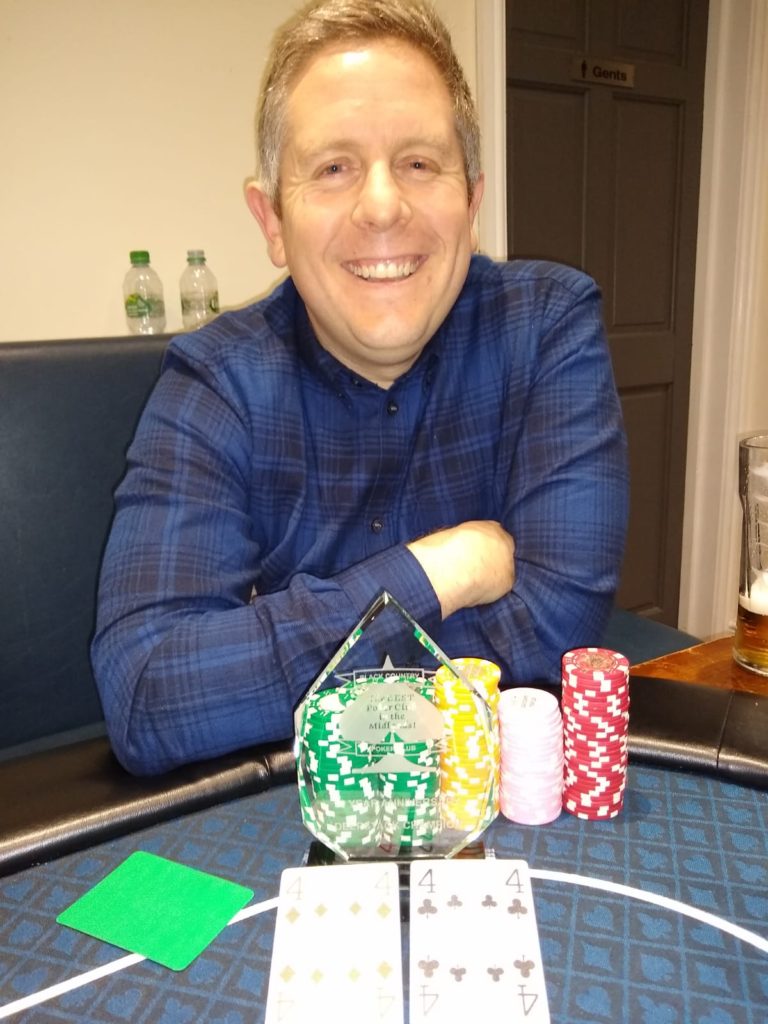