Christ on a bike – got a lot to do today so let’s crack on (while listening to 22min version of Autobahn, much to the delight of the missus). Leaderboard going into week 4 (moving day, if you’ll recall) was:

Tony G, Matt Kay, John Harfield and Andy Ubermeister all missing so we started with 21 players on 3 tables.

Tony proudly turned up with some kind of Hindu good-luck goddess – so nothing could go wrong there. More on that later. By the way if you didn’t know who Tony T is: 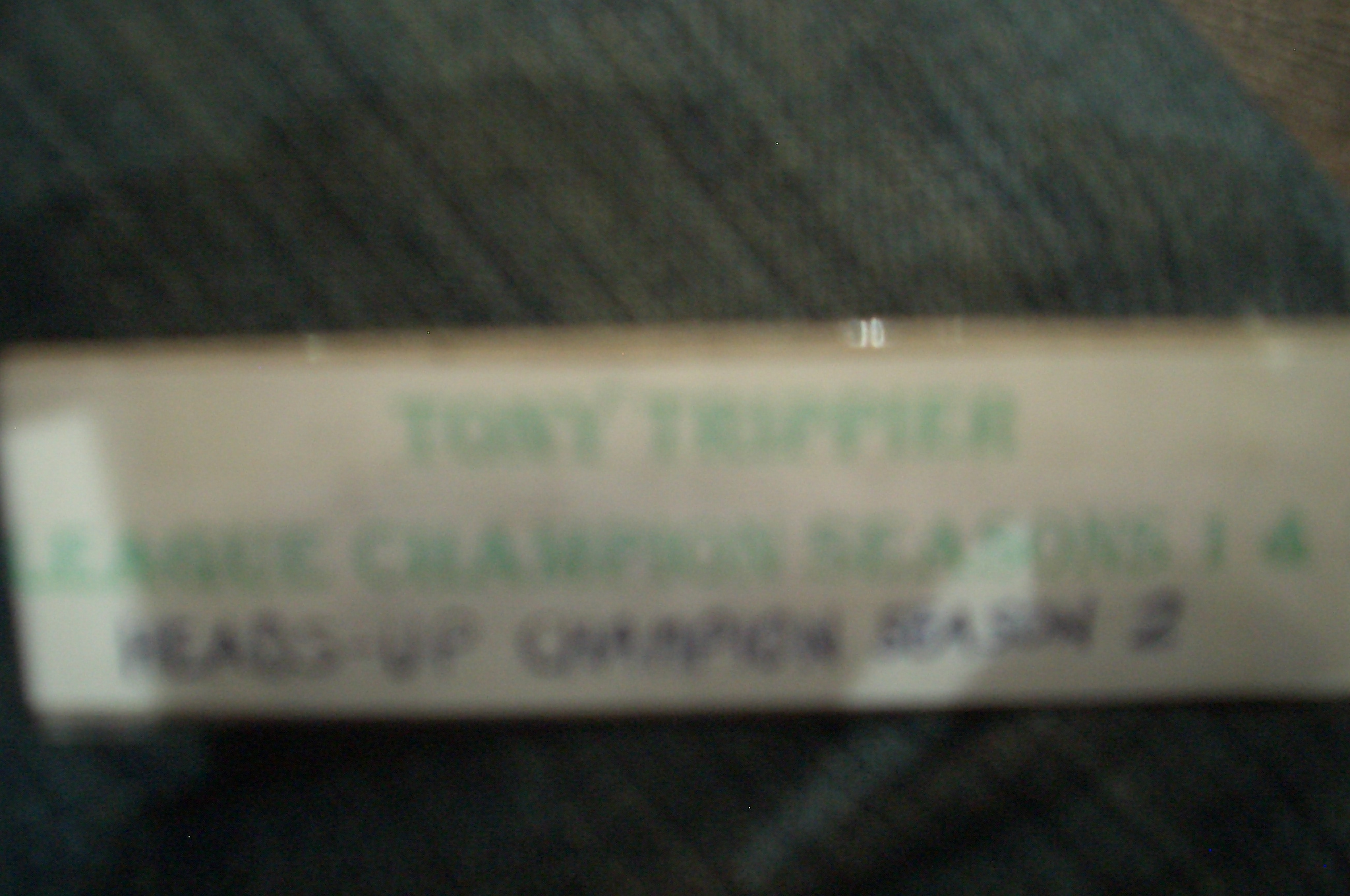 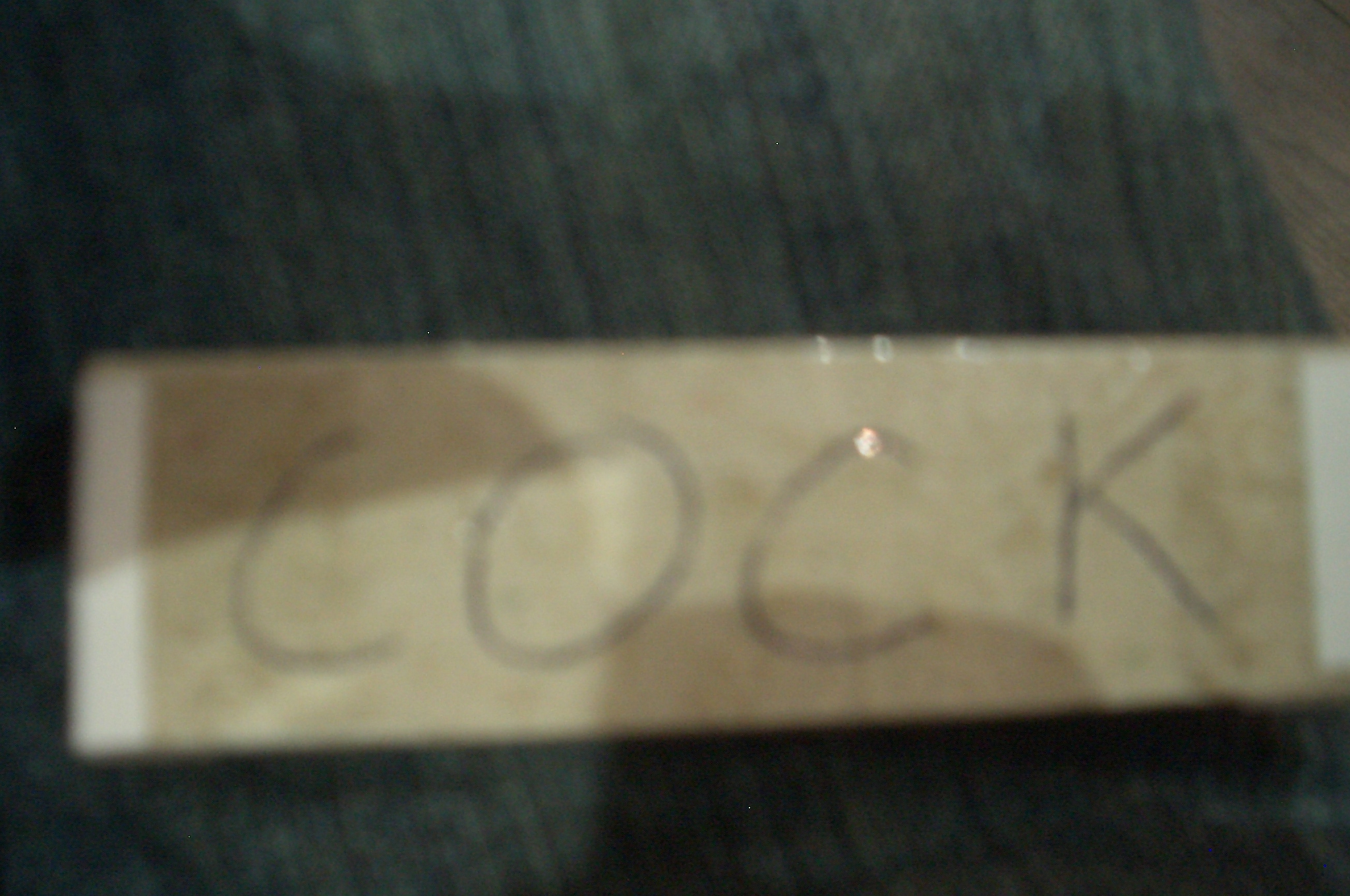 Chris proudly donned the Shirt of Shame, then proceeded to have a bit of Carling. More on that later.

Adam Smith, ever the sharp student of the game, had a straight flush but didn’t realise.

Long live Laverne and Shirley – hang on, I didn’t write that!

Tony was one of the first out. With Shakti (or wherever it was) providing the divine power surging through the Crazy Currant, nothing could go wrong, right? All-in with AK v Laura’s AJ. A king on the flop – good! A jack on the flop – not good, but OK. Jack on the river – less than good. The important thing in this situation is to not lose it. 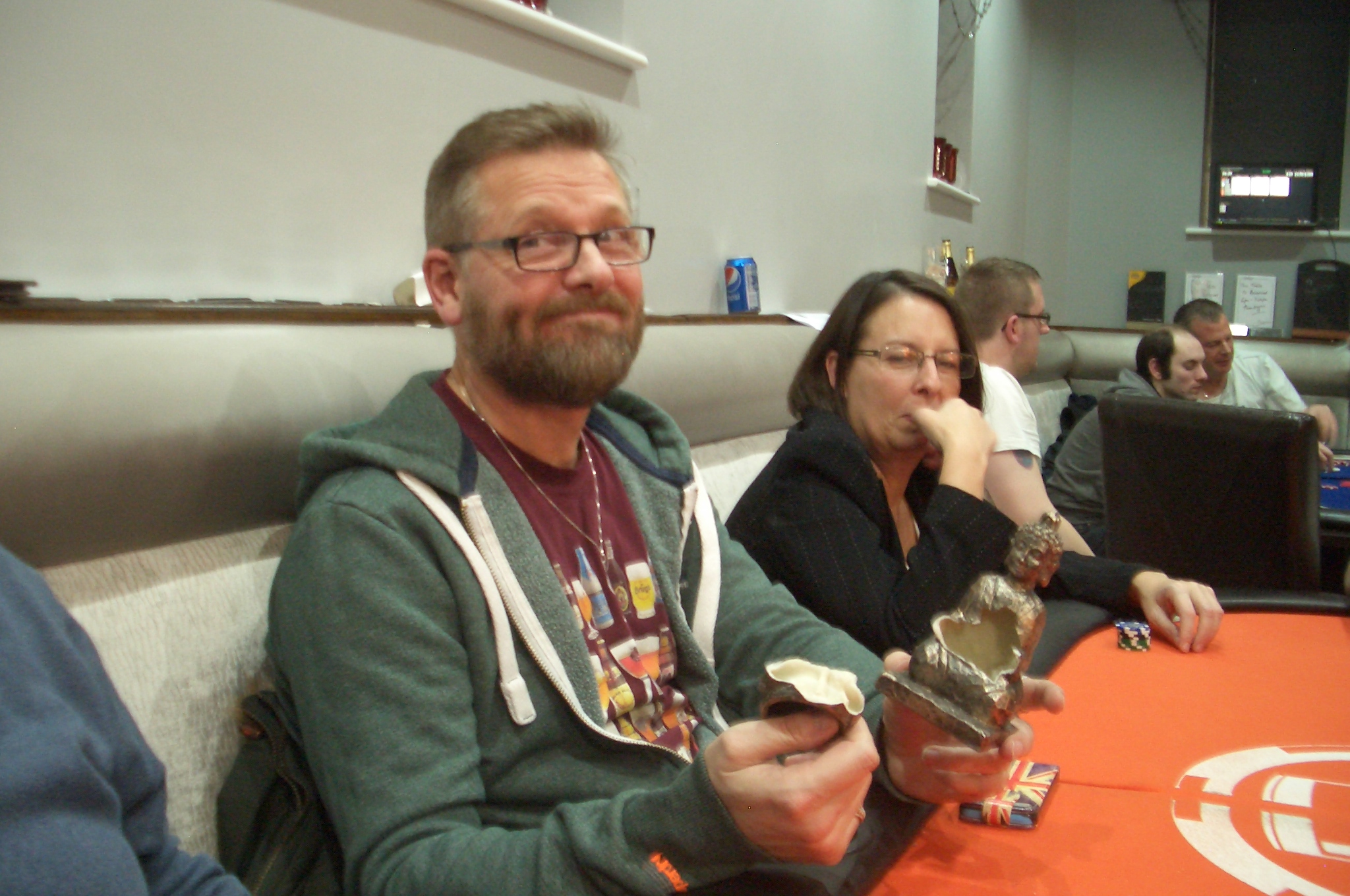 So anyway after Tony’s frankly disturbing outburst the game moved on.

Some jiggery-pokery from Paul Foy with the deck. Laura: “You ain’t Paul Daniels, you’re Paul Foy!” Again, good to know.

Adam Smith was (I think) our Michael Bublé-boy. 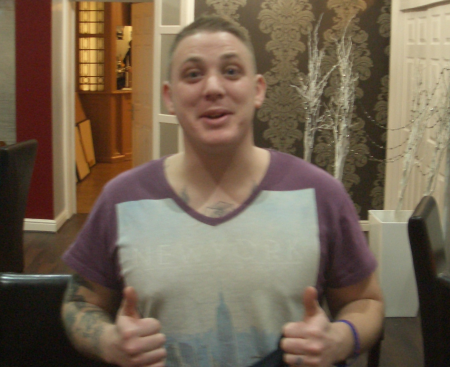 Sad day for the club as we say goodbye to Steve, a driving force in the club since day 1. We’ve had some battles down the years! 🙂 The position of treasurer is now available on the committee. If you’re interested, let one of the committee members – Brian Yates, Tod Wood, Paul Foy, Adam Phelan or Andy Duncan – know.

Tried to engage Chris in coversation a few times – this was after his ‘dancing’ in the car park, as described by Brian – and eventually got, “Sorry, Tod – if you want me to resonate with the last 15 mins, 5 hours like I’m the small man in the corner of channel 4 it ain’t gonna happen. I’m not that man on Countdown.” Lolz.

This will be on Sat 7 March 2015 at the Britannia Inn! Details in the Calendar section of the website.

This will be on Sat 28 March. Check out the details on Facebook – think Bri is trying to set up a final satellite in the next couple of weeks.

Fortitude – tested my, well, fortitude halfway through second episode but am enjoying it again now.

Broadchurch – gone a bit mental – strangest episode of Doctor Who I’ve ever seen.