Tod Wood and Mark England doing the BCPC proud at the Walsall 25/25 series!

So the 4th November arrived and many of the BCPC had acquired (or were yet to use from the prior season) some well deserved tickets to play on behalf of themselves and the Black Country Poker Club.

Of the upcoming tournaments on offer there were no less than 7 members who decided to make the trip to Walsall to take part in the coveted 25/25 series boasting an impressive top prize with an excess of £8,000!

As the rest of the BCPC could only watch on, their next year’s sub contributions would be resting upon the success of: 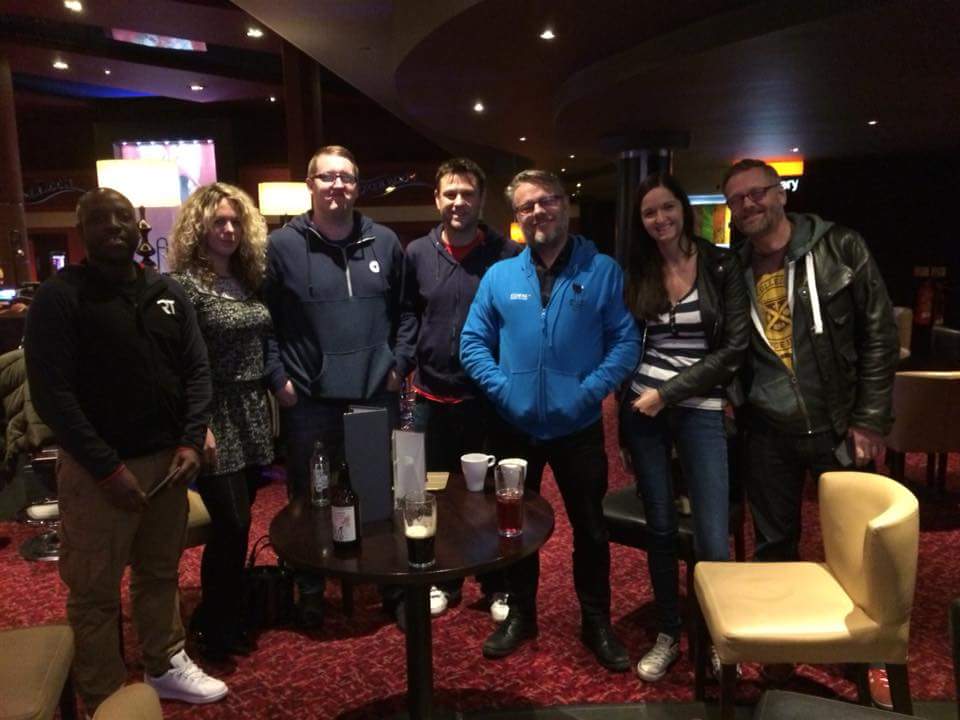 Not long after the 16:00 picture, Mr. Trippier had already found himself in the naughty books for folding out of turn. He probably mumbled something about a conspiracy theory #aliens before moving on.

The levels increased slowly with Tod and Laura making progressive increases to their stacks; 36 and 40k respectively by the end of level 3.

BCPC champion and arguably in that sense the “favourite” was first to go after being reported by Tod on Facebook. His demise coming in around the 7 o clock mark.  It wasn’t much longer before Kevin and Amy both were shown the exit with the BCPC crew being torn up.   Kevin’s JJ no match for the AA. The hopes would rest on the remainder which still looked promising albeit a long way to go.  By end of level 8, Tod was up to 99k and Tony Trippier on the 59k mark having won and subsequently lost some chips up until that point.

Laura, who will be making a comeback appearance for the upcoming season took a big hit to what appeared to be Mark England.  Her QQ not holding against Mark’s A/K leaving her hanging by a thread on 8k by 22:50 on day 1.  From this point on Laura would need a bit of luck and looked to have found it 15 minutes later picking up pocket Aces when Tony Trippier shoved on her.  After turning Q9 Laura looked to be in great shape, however the poker Gods said no.  Hear thee! Hear thee! TonyTrippier, thou shalt be granted a straight! Much to the understandable disappointment of a former BCPC champion.

With only an hour or so of play left there would be another twist to the delight of Tod, but not so much Mr. Trippier.  The poker Gods (in an effort to restore EV) pitted the 2 BCPC’ers in a hand that would see Tod’s J9 (Spades) up against Tony’s 87 on an 8-8-T board (2 spades).  An all in for Trippier’s Trips was called by Wood and gave the latter the flush when the turn was the Queen Spades.  We’d lost another one for the club, but Tony had managed to lose it to one of his own (much to the relief of Tod)!

Day 1 had drawn to a close and our last hopes remained.  After a large pot, Tod had managed to finish the day as chip leader for day 1C with a count of 228,000.  Mark England had quietly “chipped” away and amassed a smaller but respectable 70,200 chips for a 35BB tally ready for day 2.

Oh how the chips can change hands!  Come the end of level 13; Tod was looking at 242k and Mark had pushed on to around 150k!

The levels were going up and the lads were getting closer, by the end of level 15 Tod had amassed 340k with Mark still in it with around his 150k.

At 16:00 the bubble was burst! and it would only take one level to drop that 16 down to a final 12.  The boys were getting closer and another half an hour had gone leaving a final 7!  With no trophy to play for and a fair amount of money in the offering, a 7 way split had been agreed with slight alterations dependent upon chip stacks.  The results to date haven’t been released so we’re still not sure where everyone finished but Tod took £3500 and Mark made a great cash of £3100 with the final payouts looking like this…. 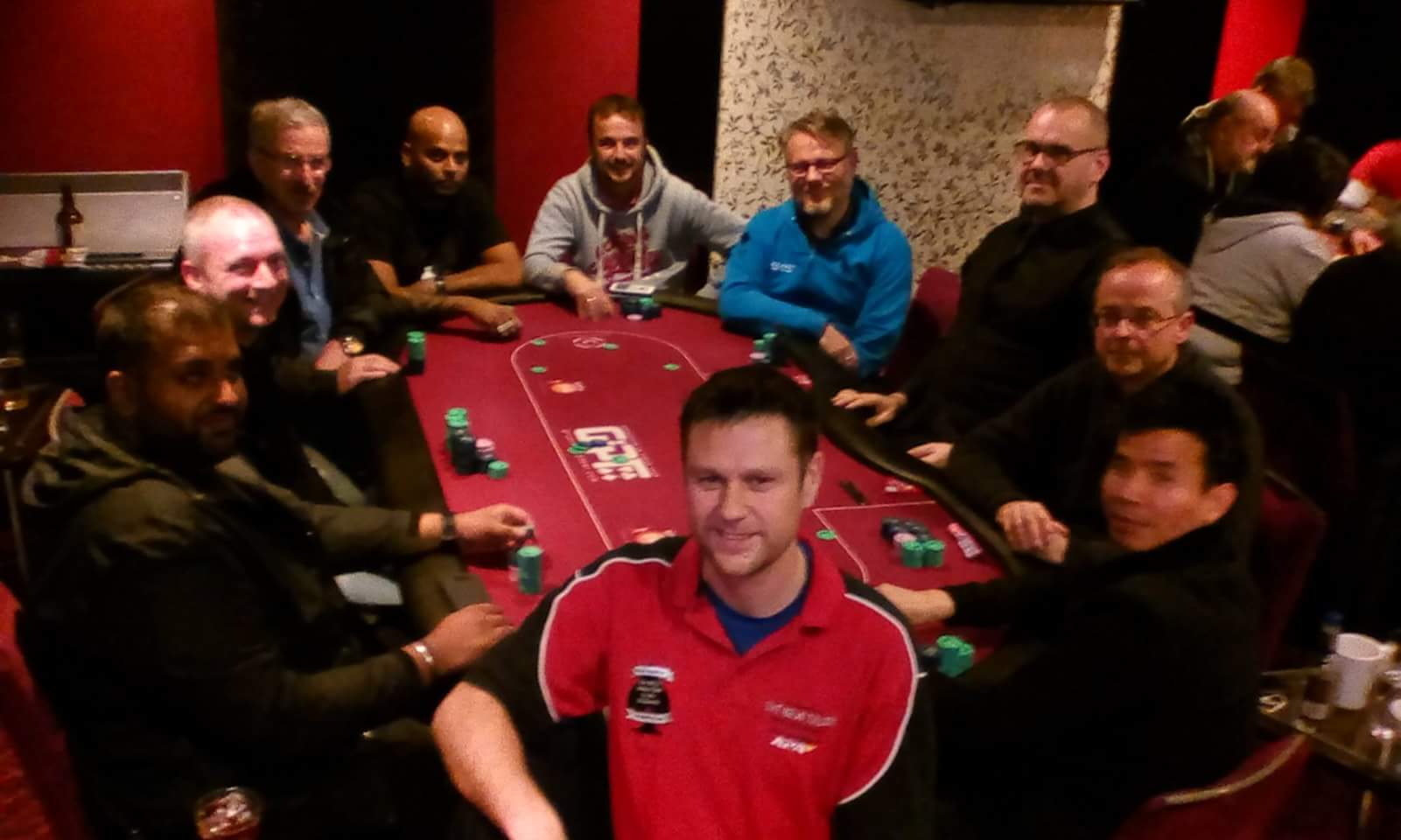 And with that, the summary is as follows.  8th is kicking himself (but no one cares as they’re not BCPC.

Tony Trippier should feel happy that he aided his fellow BCPC player Tod in his cash bringing home a nice earner for himself and the club.  Don’t worry though Tony, you’re still a Cromwell Poker Series Champion (and you got a trophy to prove it) 😉 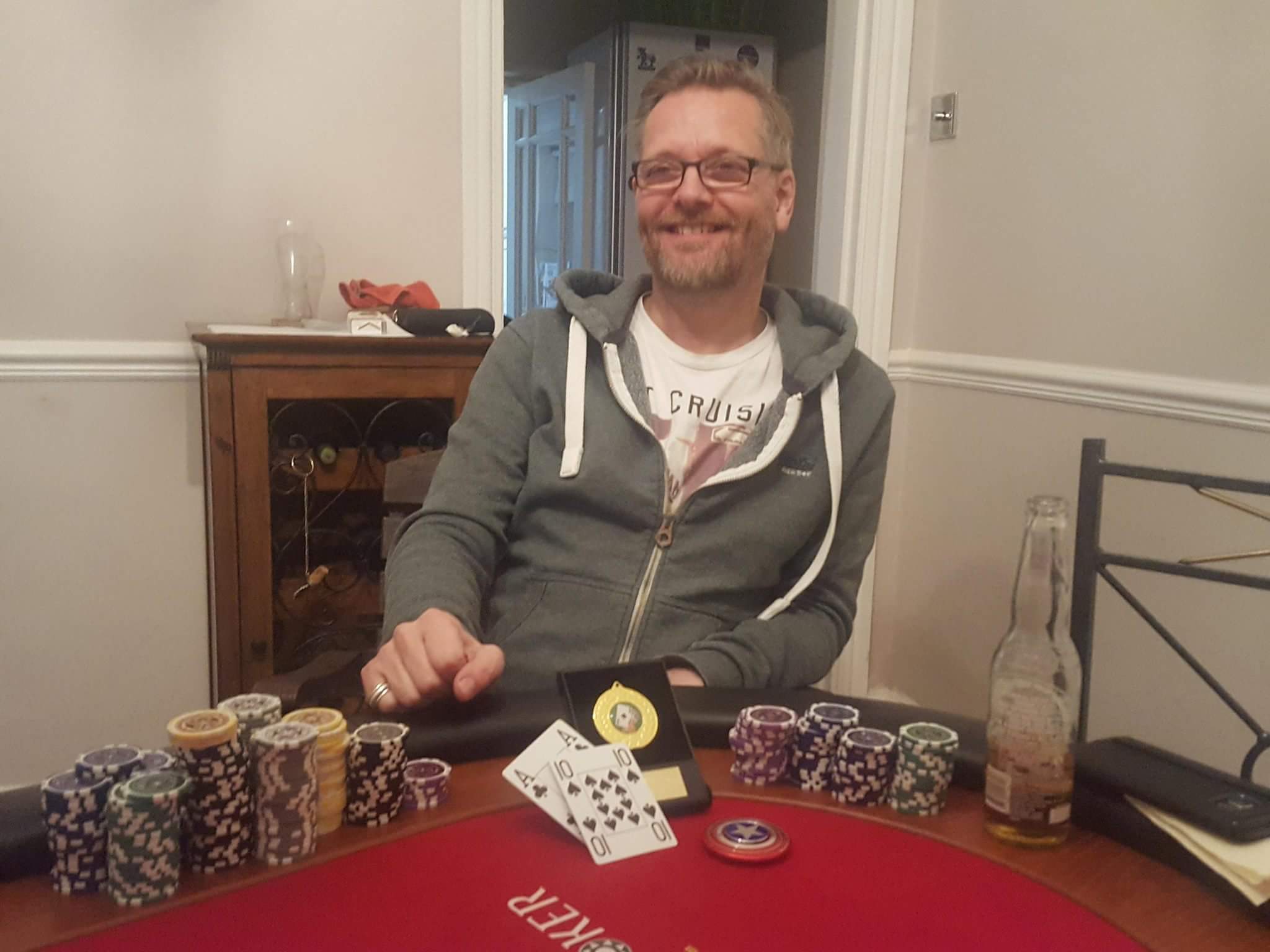 Big congratulations to all that played and a special well done to Tod and Mark.  Thanks for the sub contributions.