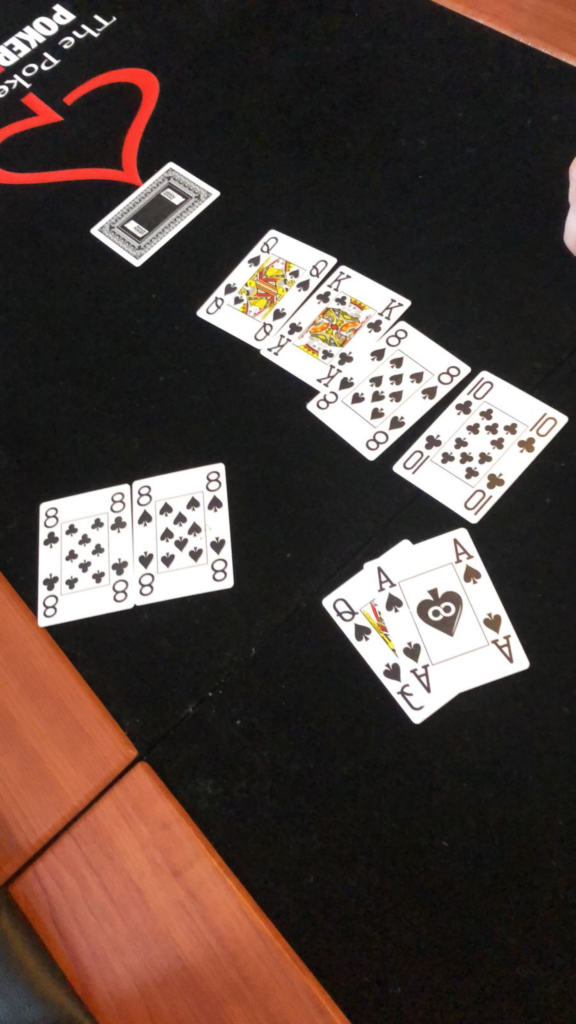 I guess these aren’t the cards you’re looking for?

Bailey doing what Bailey does best at 20:00 and upping her bounty cash to boot.  Boba would be proud taking 2 out with her signature set.  Aneurin short stacked Skywalker with a welcome to the BCPC kick in the face on his debut game 🙁 whilst Baker hitting set 4’s exited the fold. Unlucky Chris! 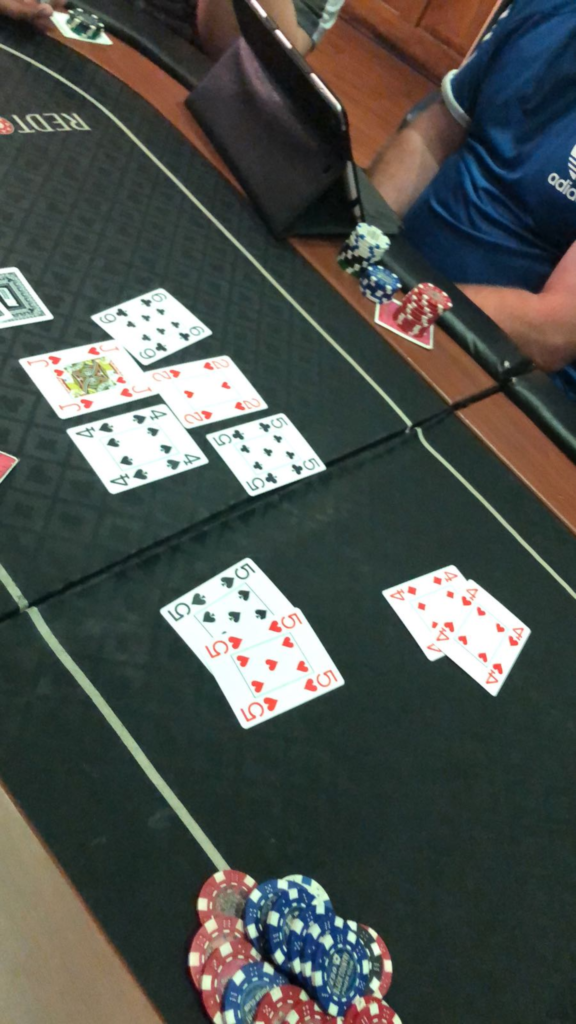 Brian Yates was doing himself no favours getting mixed up with pocket Kings over pocket Aces.  You could forgive him with the overpair to the board, but then again he dealt it himself 🙂

Liam Pickering last season’s 3rd place contestant was continuing his training in fine form for season 20, knocking our Charles Mason.  The force is strong in this one!

Trippier was moaning that he couldn’t see Tod’s stack past his card protector.  He politely asked him to move it, but Tod refused… 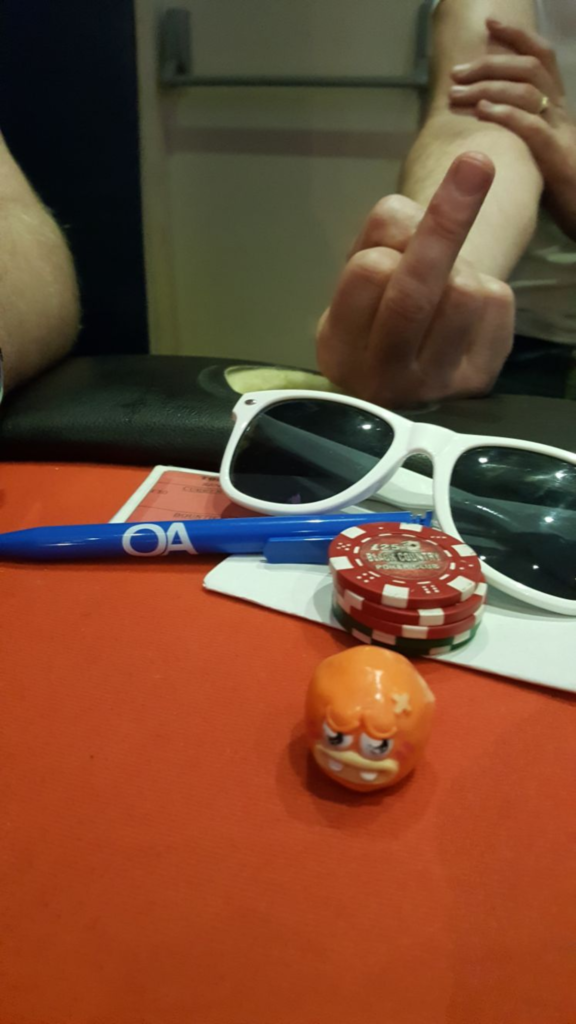 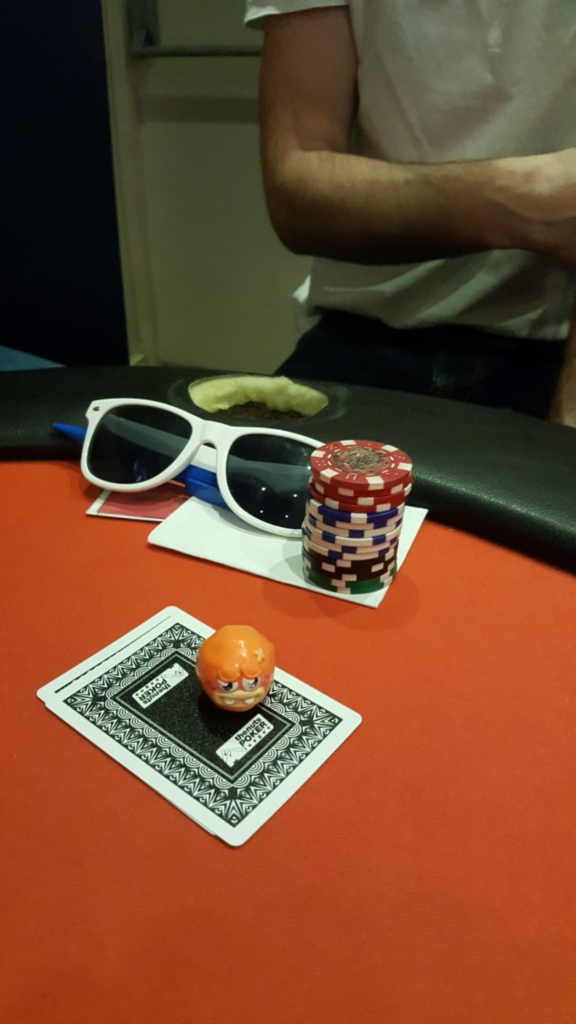 Tod and Tony Trippier at it again just before 9pm;  Tod looking a massive favourite with his JJ over Tony’s 10/10 and he easily doub …oh… wait a minute… DOH! 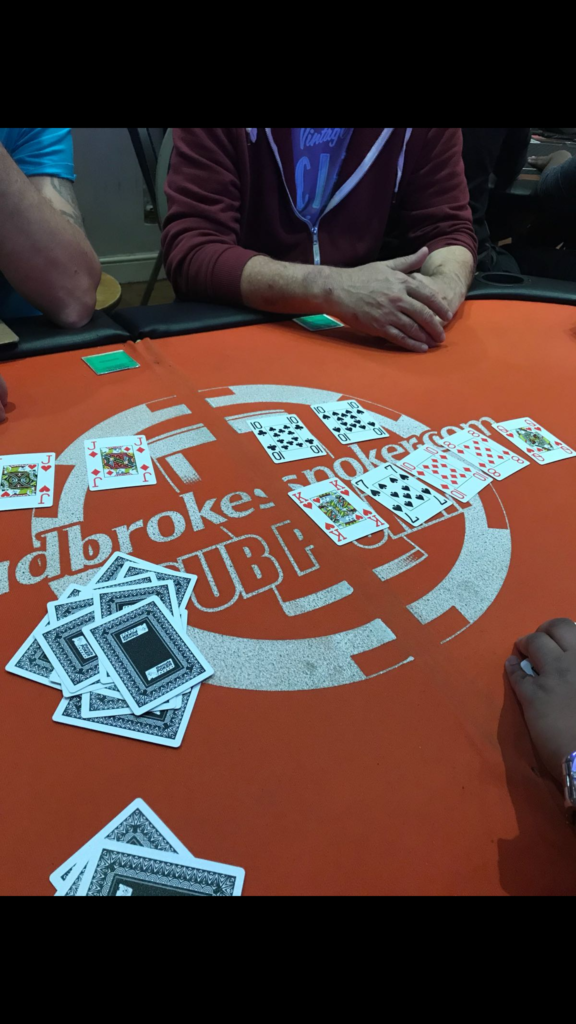 Bri found himself as short as yoda and needed something to get the stack going again.  After finding pocket 3’s it goes in and finds 2 callers in Tod and Paul Foy.  A flop of 4-4-3 and that’ll do nicely sir. 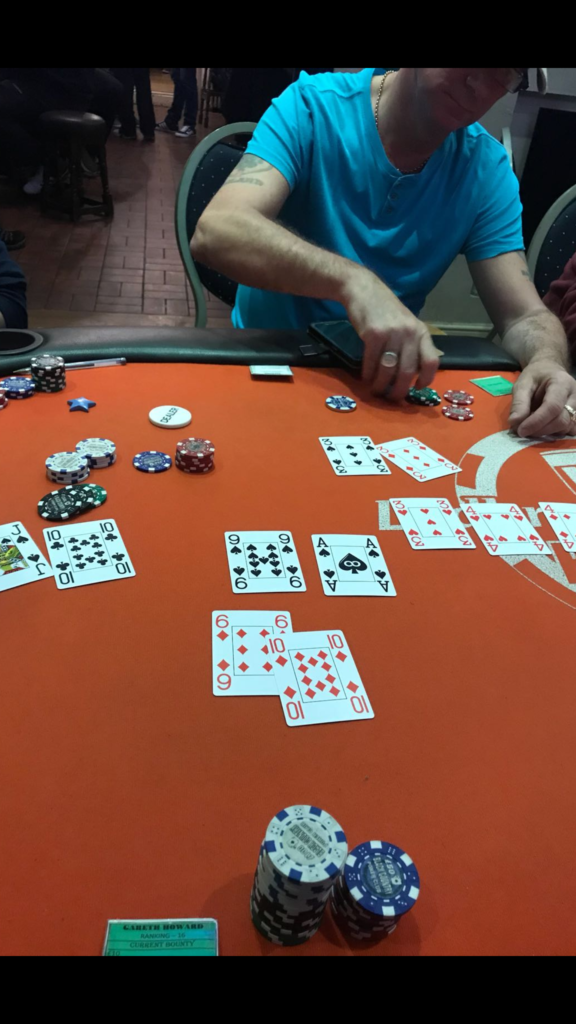 England giving out false hope to his competitors and tries to say he’s lost even when he’s hit the straight.  That’s dark side personality, tut! 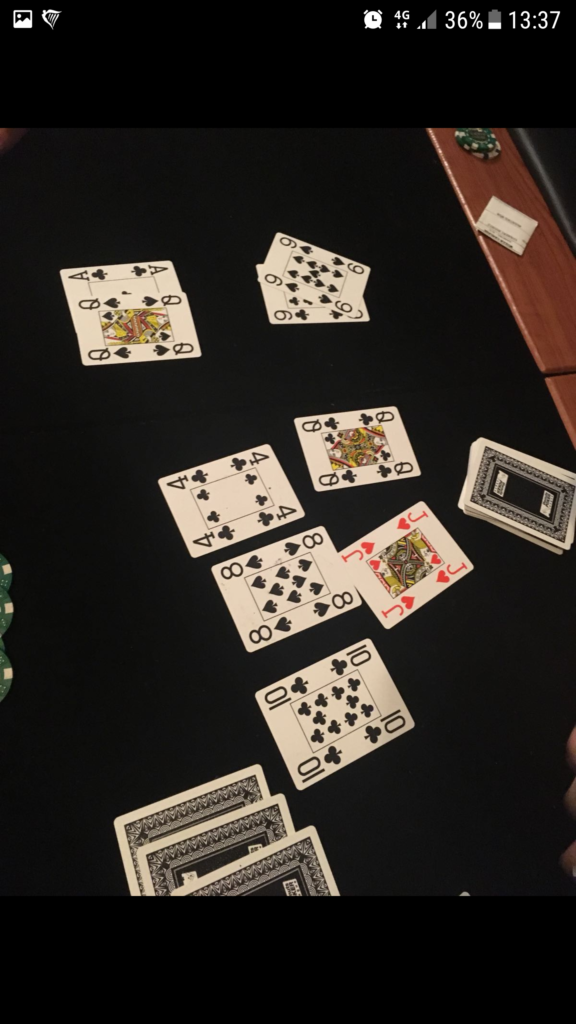 Tod’s managed to get the high hand of the night utilising a set of Jack’s like he had previously.  This time though they would come good to hit lovely jubbly quads and balance of the force had been restored.  Nice hand sir! 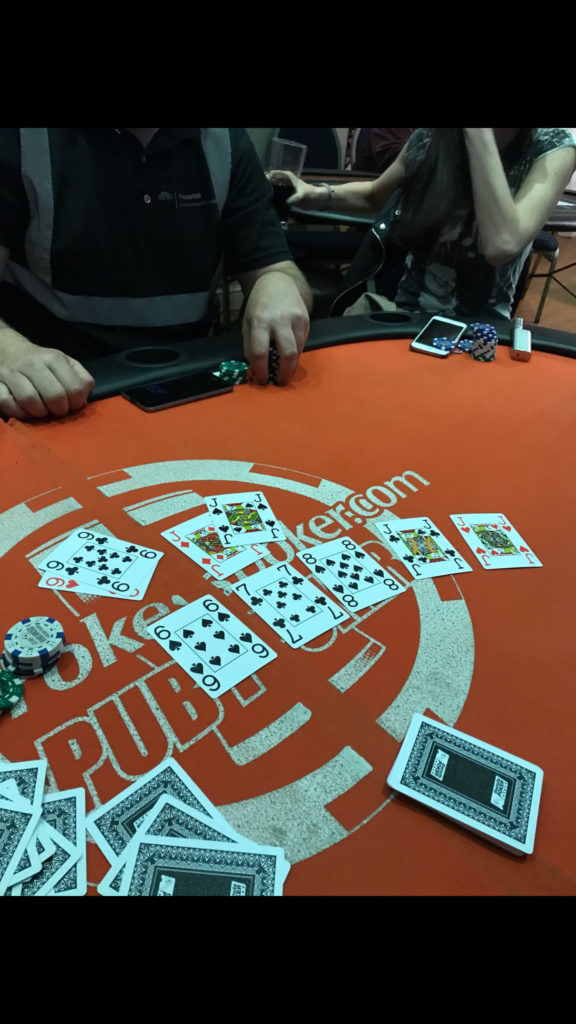 Gaz had gone fishing, well… not quite, but he did manage to pick himself up a boat against H. AT-AT A boy! 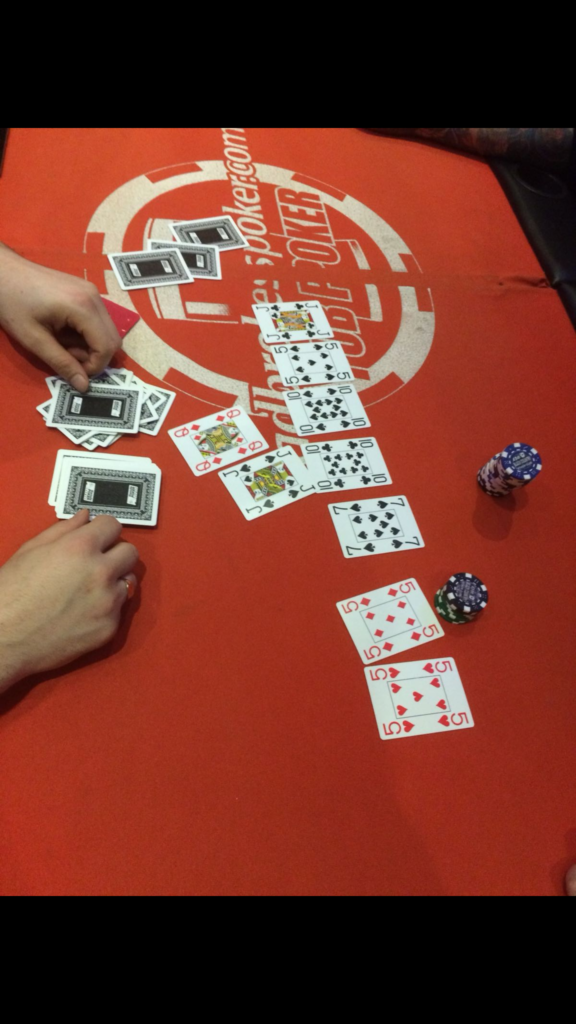 Down to the final 11 and we were fast approaching the final table at 11.30, Trevor was having a cracking debut.  His latest victim would be Graham and those Jacks were back again! 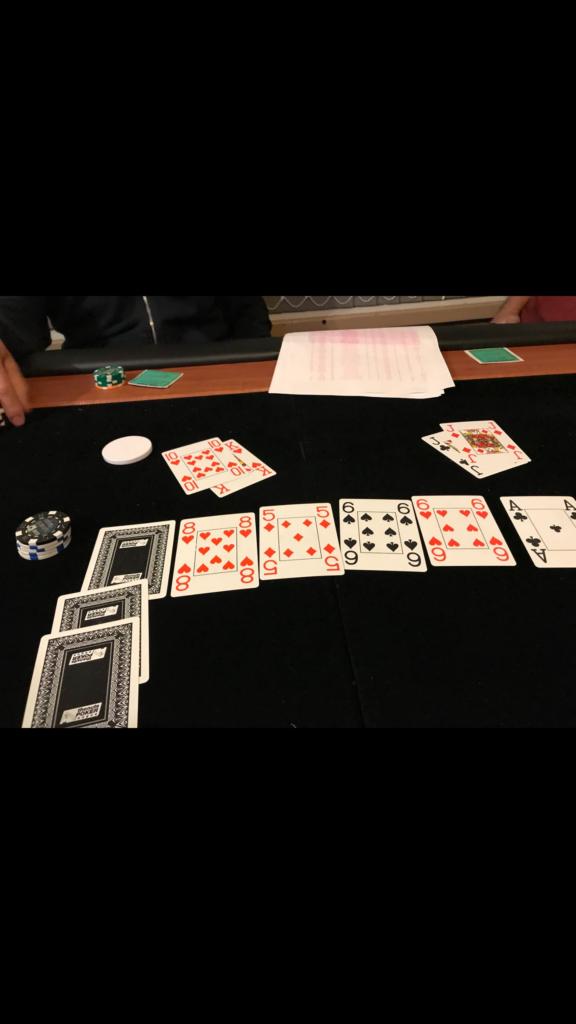 Trev was at at again!  Not satisfied with this last knock out he’d go on to knock out another two in Amy and Adam Phelan.  He utilised his dog hand (K9) and the rest was history.  The BCPC players were beginning to wonder who the hell this Trev bloke was!  Looks like some pro had come to royally clean up.  There faith about his professional status was soon to be relieved though after watching him limp for 1200, but then fold to 4100 all in of England 🙂  Greenway did appear human after all 😀 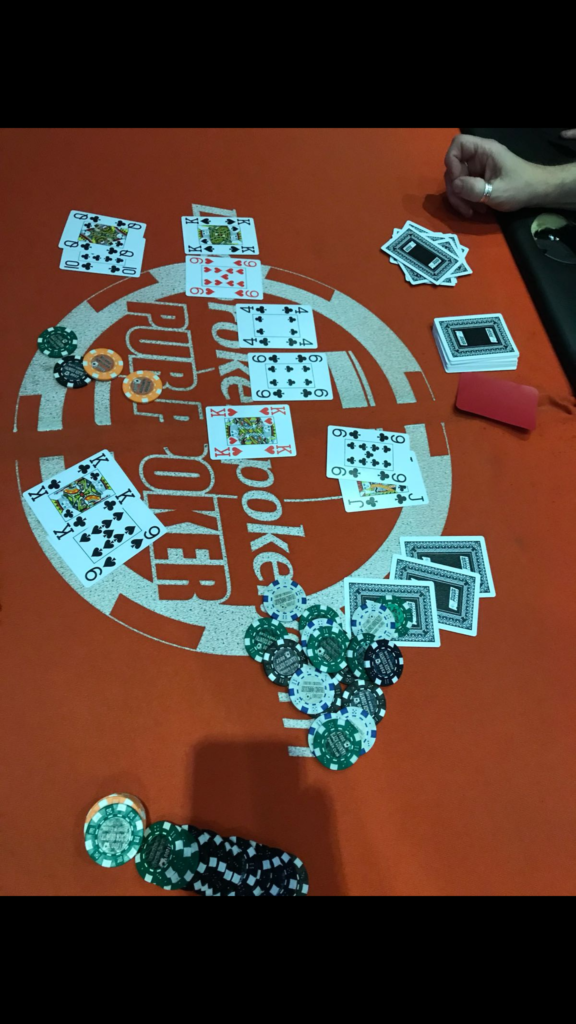 Marc Ward was sent packing back to Naboo when his AQ  was no match for Rich H’s KQss which flops a spade flush leaving Marc for Carbon freezing.

5th out was Tod who first off jams KJdd into A10dd. Ace high flop secures Ricky a double up which leaves Tod light sabre duelling which just 300.  Trev utilises this as knocks him out with a 6/4!  Trev was taking the final table by STORM! TROOPER on was all that was left for the remaining players

4th was Rich Hughes, Rich has 44 into Trevs AKss. Yet another ace high flop does the trick.

Heads up was a pretty quick affair between Claire and Trev, what with all the bounties and chips Trev had amassed along the way to the heads up.  And the Jabba that broke the Jar Jars back would be this… 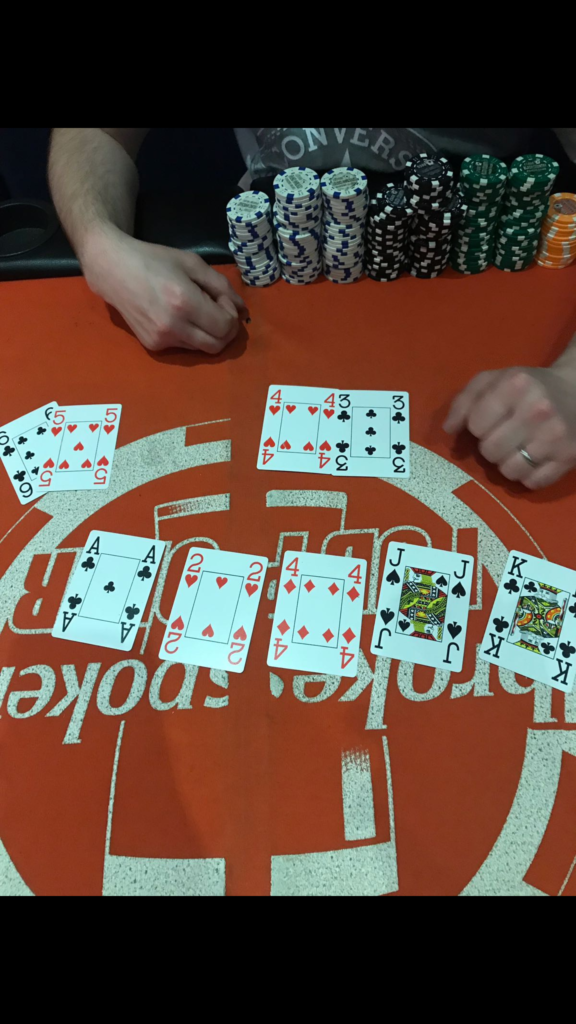 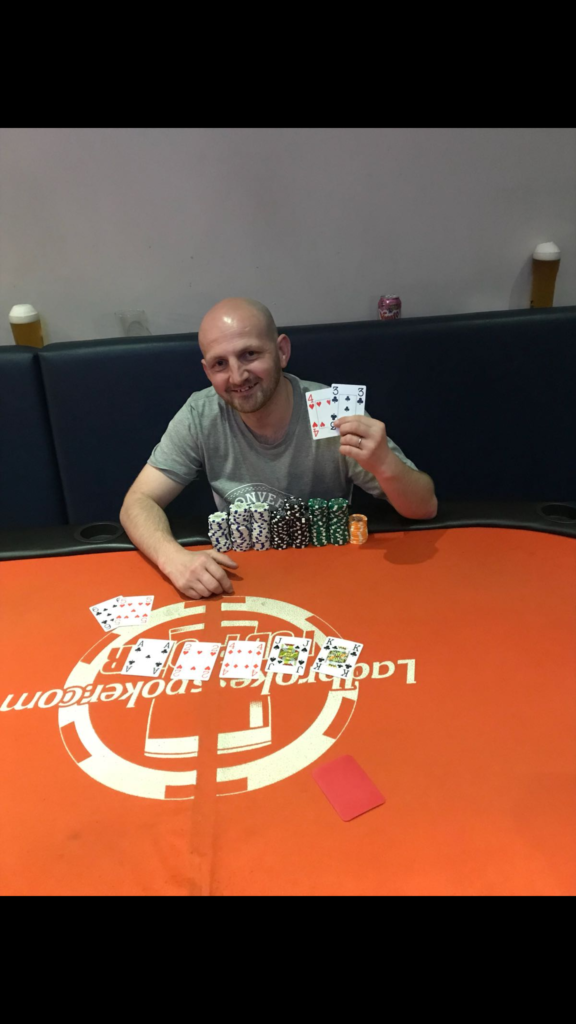 Trev had this to say on his win:

“Was pleased to win my 1st BCPC game in style, come and catch me if you can.”

Looks like Leonardo Di Caprio has laid down the gauntlet right there!

Fantastically well played and this has catapulted Trev in to 5th in the all time profit leaderboards after one game! Congratulations again Trev!

As it stands after game 1

(Look above and thou shalt find the answer)

The part of the blog where we ask Tod Wood for his Telly recommendations.  What does one haveth for us this timeth sir?”

“Barry on Sky Atlantic is well worth checking out.  Bill Hader plays a hitman who joins a theatre group.  It’s good”

Remember to check out the calendar of upcoming games and events.  Big thanks Tod for spreadsheet data and Brian for newsletter and Gaz Howard for some more final table hand data.  Also big thanks to everyone for all their respective hand submits on Whatsapp group that has kept me busy to update this.

Remember to keep getting your pictures in the Whatsapp group for blog input thanks.