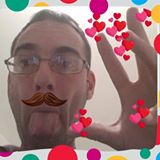 Despite the small field of only 14 players (due to a multitude of reasons), the BCPC Summer Deepstack III was a great success with a couple of new players set to join the Club on a permanent basis after participating tonight.

There was plenty of play with a 10k stack and 45-minute clock but Phil Green from Wolfpack Poker became the first casualty and Two of the Raven’s finest in Simon Smith and Graham Gorton followed just after the start of Level 3. Mooch had been 2nd in chips at the first break but after losing a big pot vs Tod Wood and another vs Brian Yates, his all-in 3-bet with J-J on a 8-4-4 board was called by Brian with Q-Q to see the current BCPC Season 8 League Leader out in 12th spot.

A couple of guests in Aisling Wilson and Stuart Slater took advantage of the re-entry facility before the end of Level 3 which meant that 4 places would be paid but none of them to last season’s winner Tod Wood as he exited in 11th place before Paul “shit, I forgot we were playin” Melia followed in 10th after his late appearance!

Onto a very deepstacked Final Table then and Matt Wilson was first out before the biggest pot of the night. Bri raised in early position with A-A and shortstack Rob Hewlitt shoves with A-J. Andy Overton, who had led the whole game, 3-bet his Q-Q and when Bri shoved andy snap-called to leave a 50,000 chip pot at the 200/400 level.

An 8-high flop looked great for Bri until the Q hit the turn, leaving both Bri and Rob off to the rail while Andy had a massive chip-lead.

Aisling Wilson almost turned her re-entry into a cash but exited in 6th before another big bubble pot saw Andy.O raise, Tony Tripps call and Alan Waters shove over the top. Andy then re-raised, putting Tony to a massive decision. Tony finally made the call with Q-Q and with both of the other two holding A-K, Tony trebled up to move close to Andy ion chips.

Following a break while Haye knocked Chisora out, Tony 3-bet all-in on Mark Eagles pre-flop and Mark made the call with A-7, much to Tony’s dismay as he flipped 7-5 !!!

The Ace was good and Tony exited in 4th for £100 and he was quickly followed by Stuart Slater whose re-entry got value as he picked up £150 for 3rd.

Mark Eagles now held a big advantage over Andy.O and was pwning him Heads-Up until Andy flopped the nuts and got 3 streets of value to grab back the advantage. Within 5 hands it was all over with Andy’s A-K holding vs Mark’s J-9. Mark won £225 for Runner-Up but Andy Overton – in the top 2 all the way – became Summer Deepstack Champion for 2012, winning £325.