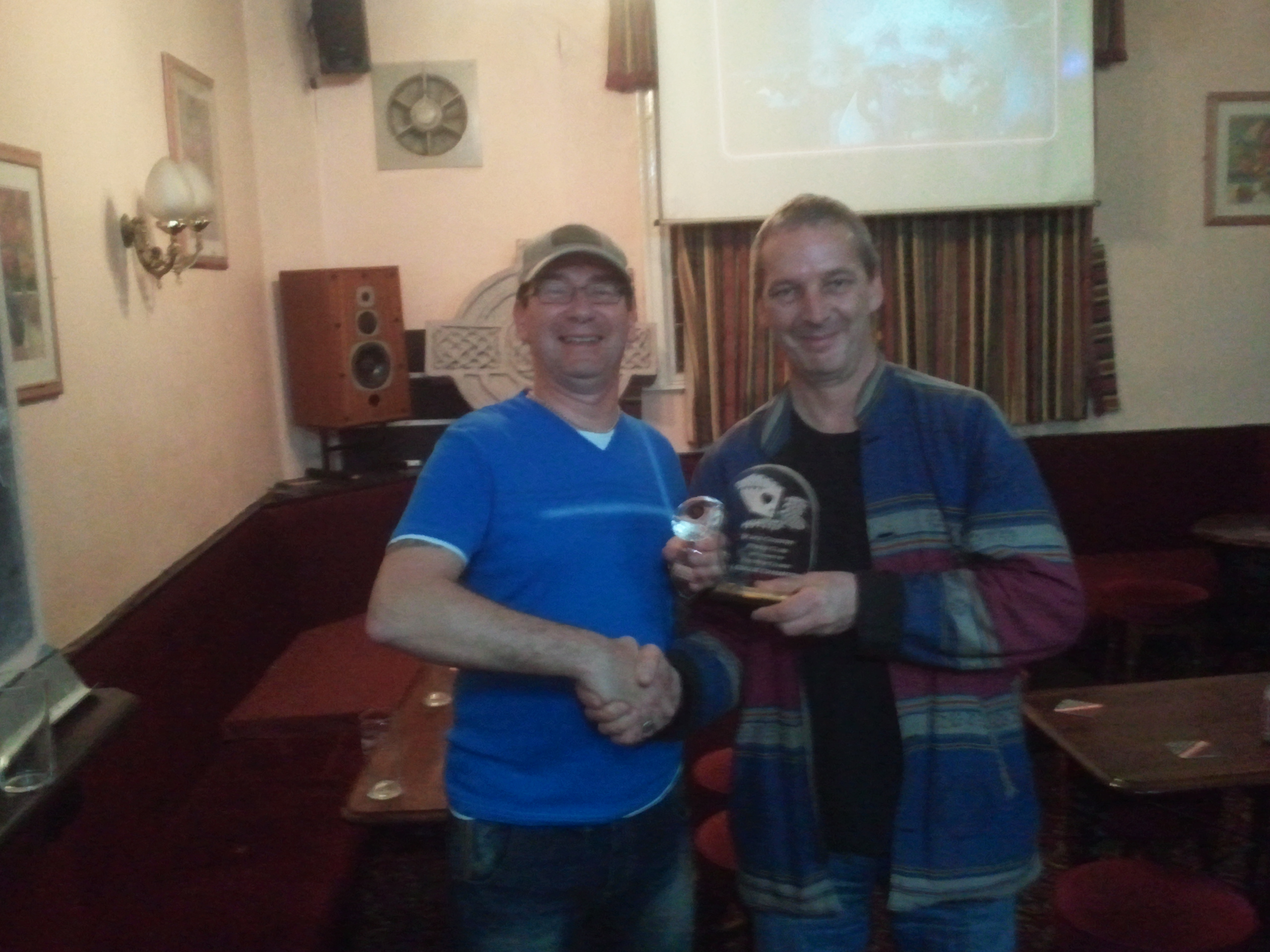 The culmination of the 5th BCPC Season was an enthralling game played last Friday night in the Club Headquaters in West Bromwich.
Coming into the game, Clive Padden held the lead on countback over Tod Wood with both players on 36 pts but Clive having won 2 events this season to Tod’s none.
3rd was Ant Williams who has played 22 games before this without finishing 1st in one, yet knew that winning the Title was well within his capabilities as he was only 2 points behind.
4th was Andy Overton, a BCPC Champion in Season Two but probably needing a win on the night to have a shot at being the first to do the “Double” and then 5th was Tony Trippier, Season One Champion and needing all the above 4 to not score points and him to win to secure a very unlikely 2nd Title.

On these deciding BCPC nights it can be very difficult for players needing to finish in the points as the other players know this and can exploit it by putting them to the test.
On table one Ant, Clive, Tony and Andy were all in close proximity but it was Clive who was the first of the big guns to go out, exiting in 14th of the 17 players to score zero points.
This meant that he would have a long sweat to see if he could win his first Title but surprisingly to most, Tod followed him next when he called an all-in with 8-8 and lost the race so his Title charge was definitley over.
Ant Williams got low and called a shove with K-7 against Brian Yates’s 10-9 but the 9 hit to leave Ant shorter still, but a double-up with a brilliantly timed pocket Aces put him back up there while a frustrated Andy Overton went out 10th to take us to the Final Table of 9.
At this stage, Tony Trippier held a good chip-lead but knew that even with a win, if Ant got 3rd or better, he would beat him to the Title.
As it turned out, Ant crashed out in 9th to end a great Title challenge and was then followed by Richard Davis, Steve Redfern, Malcolm Howell and Paul Foy.
So 4-handed and we had Tony, Brian , Matt McKinlay and Chris Baker, four founder-members of the Club back in November 2008, but Tony- still needing to win, now low on chips.
Matt exited in 4th spot to keep Tony alive but soon after, the dream was ended by Brian, sending Tony out in 3rd spot to finish just 3 points off the top, but handing Clive Padden (Dealer at the FT) his first Title.
Brian went on to beat Chris Heads-Up to end a record run of 25 games without a cash and get his 2nd BCPC win.
For Clive it was an incredible win after going out so early as none of the 3 players behind him before the start scored a single point on the night !
Having said that, Clive deserved the Title after recording back-to-back wins in weeks 3 & 4….the first and only player ever to do this.

Seat winners for Season Five were as follows…

BCPC Season Six will commence on FRIDAY MAY 13TH and all new players will be welcome.