The weather was kind to us for the second year in a row on Saturday 8th July 2017 as 18 players took their seats on a balmy day in the Talbot beergarden for Summer Deepstack VIII. With add-on’s, the prizepool reached £1250 but for new BCPC Number 1 Nic Rawlings it was not to be as he became the first player to exit before catching the 79 bus to try his luck at Hill St!

The structure allowed for plenty of play and we saw several monster hands, the biggest of which saw Dale Macchiarelli’s A-A crushed by Claire Thornton’s K-K (turned flush) with Gaz Howard having folded A-K!

Just before 8.45 pm we reached the Final Table when both Claire and Jake Poxon were eliminated on separate tables to leave us 8 handed as we moved indoors. Last year’s runner-up Jack Hipkiss had led the way for a long time and was sat on 117k while Peter Carey, the only non-BCPC member to make the FT, had just 19k and despite doubling up and getting a few shoves through, he was the first to exit in 8th place.

Gaz followed soon after when he shoved J-6 off over the top of Tod Wood’s raise. Tod made the call with Q-Q and held.

Brian Yates got involved in a big pot with Jack just before the next break but after thinking for around 5 minutes, he FLABbed on the river….as Jack joyously showed his 9-2 off for a monster bluff.

Brian was out soon after on what turned out to be the bubble as a deal was struck to give 5th place (Tony Trippier) his buy-in back.

By now it was getting late and all the players were feeling it. Tod’s attempt to win a second Title ended with a 4th place finish and £100 before defending Champion Tony Griffiths exited in 3rd place for £200.

So Jack Hipkiss was heads-up for the 2nd year running having been the big stack for the majority of the 13 hours of play. Could he go one better this time?. Unfortunately for Jack, he could not as Hitendra Patel took down his first BCPC Title along with the coverted trophy and the two players split the £900 prize money (which was a little naughty as they were supposed to leave at least £100 up top!)

When asked how he felt winning the coveted title; Hitendra said I am “Pleased with my first ever trophy win”  Here’s to the start of many more, well done! 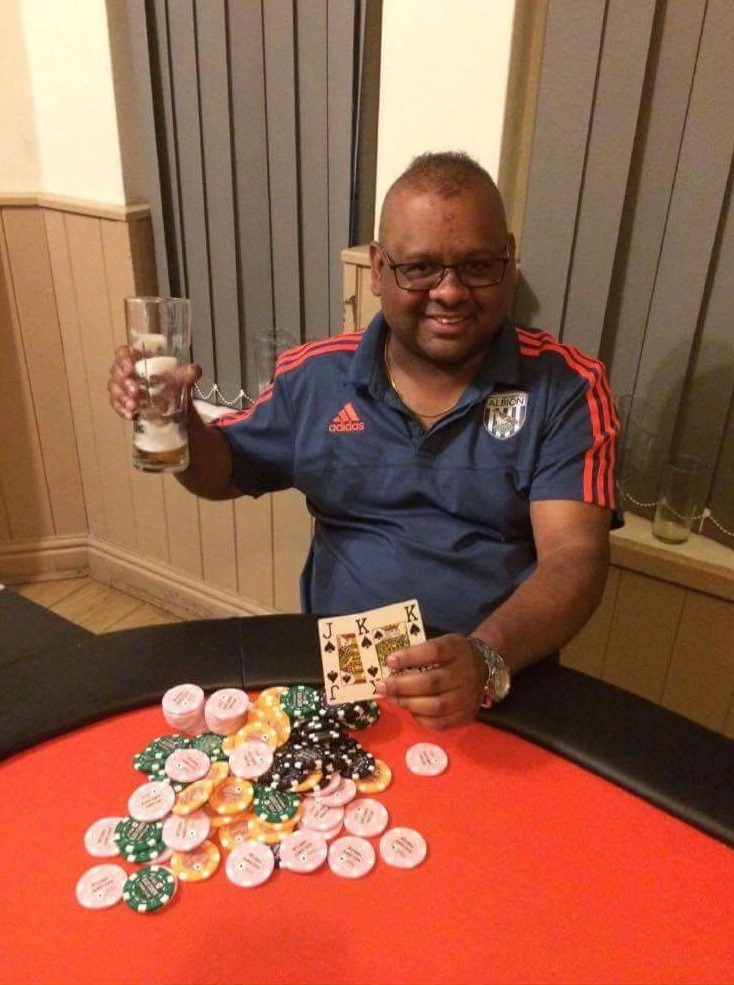 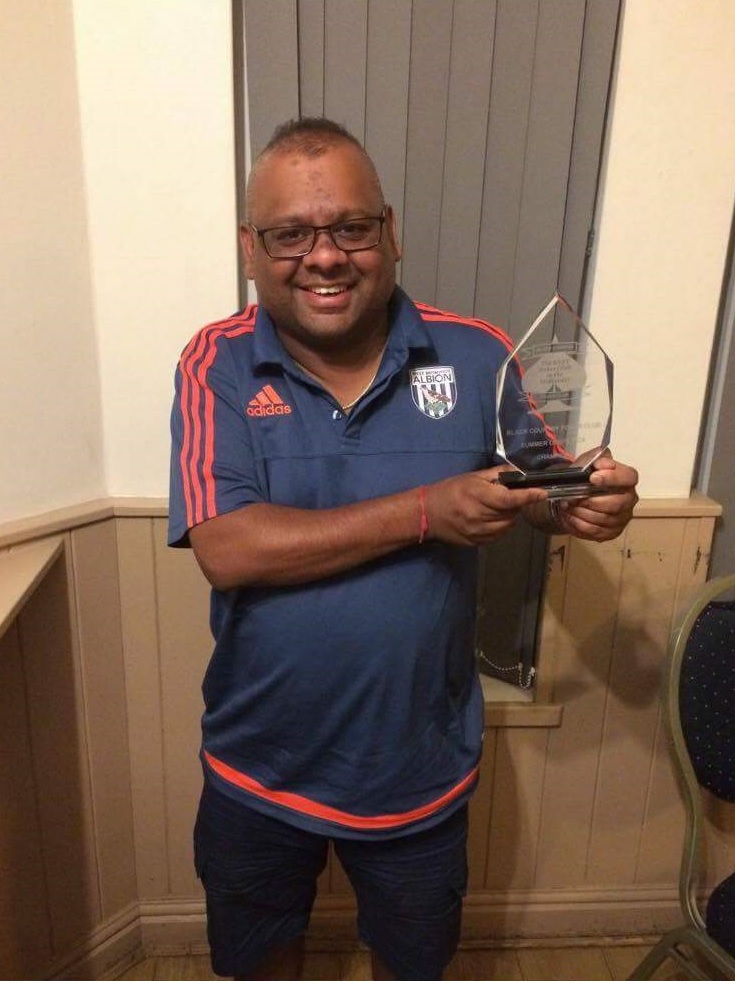