So, very exciting going into the final game of the season! Would we see a golden Eagles performance? Would Gaz be sitting king of the Caste Howard? Would Duncan dare(s) to dream? (OK that one doesn’t really work.) Or would Tod Wood hang on?

By the end of the evening the victorious champion would be over the moon and looking something like this:

Whereas the runners up would be absolutely gutted, and looking something like this:

Going into the final game we had:

Mark and Gaz both needed at least a top 5 finish, and Debjani needed to win.

Ridiculously rigged seat draw as Tod had Gaz to his left and Steve to Gaz’s left, and on the tertiary table it was a family affair with Kev next to Laura, Matt next to Dawn and Adelaide next to the Phelanator. What the daisies!

Early action on the feature table saw Andy Duncan call Steve Redfern down (there might have been one round of checking) on a board of J42 5 A. Steve showed JJ. Andy: [Stares at the jacks for a couple of seconds…] “It’s good.” Lolz.

TT stepped up to the dealing plate, with mixed results. Debate about whether an exposed card was the burn or not gave Steve Redfern a set and Paul Foy a straight, but then it was all cruelly taken away, then brought back, then taken away again. I don’t know. I was very confused.

Tod hadn’t really played a hand by this point and so was down to around 4200 chips. Third level blinds at 75/150, Steve raised to something UTG. Probably 375. Tod flatted in the SB, Gaz shoved the BB. Steve folded and Tod tank-called with AK. Gaz showed the Walsall Nuts, 63o. Well, Walsall is in the Black Country so perhaps no surprise when the board ran out 449 6 3. Doh! Tod out and on card duties. He would have to now wait and see whether his 5 point lead would be caught.

A huge hand saw Mark double up on the secondary table. I think Debjani started it all off but on a board of 4h 4c Kh 8h, Deb bet 1100, Ant shipped and Mark also shipped. Ant had 5h7h but Mark had Ah Qh.

Down to 20 players and Gaz lost a big hand with his AK (not a good night for AK) getting outdrawn by Adelaide’s AQ.

Drama then as having gotten low on chips, Gaz shoved with A2 but was called by Paul Foy with AJ. A jack on the flop ended it and Gaz was out. Now we’d have to wait and see whether Mark could make a top 5 finish or Debjani could win outright.

Presumably there were a few more eliminations, including Debjani (sorry, not sure of exit hand!), so it was all down to Mark, and then…

So we have a new league champion! Congratulations to Mark Eagles. A brilliantly consistent and high-scoring season. And when the going got tough in the final game, the tough got going. Nuff said. And a top dude as well. Now he just needs to try and look cool in the pictures. Definitely succeeds in the second one…. 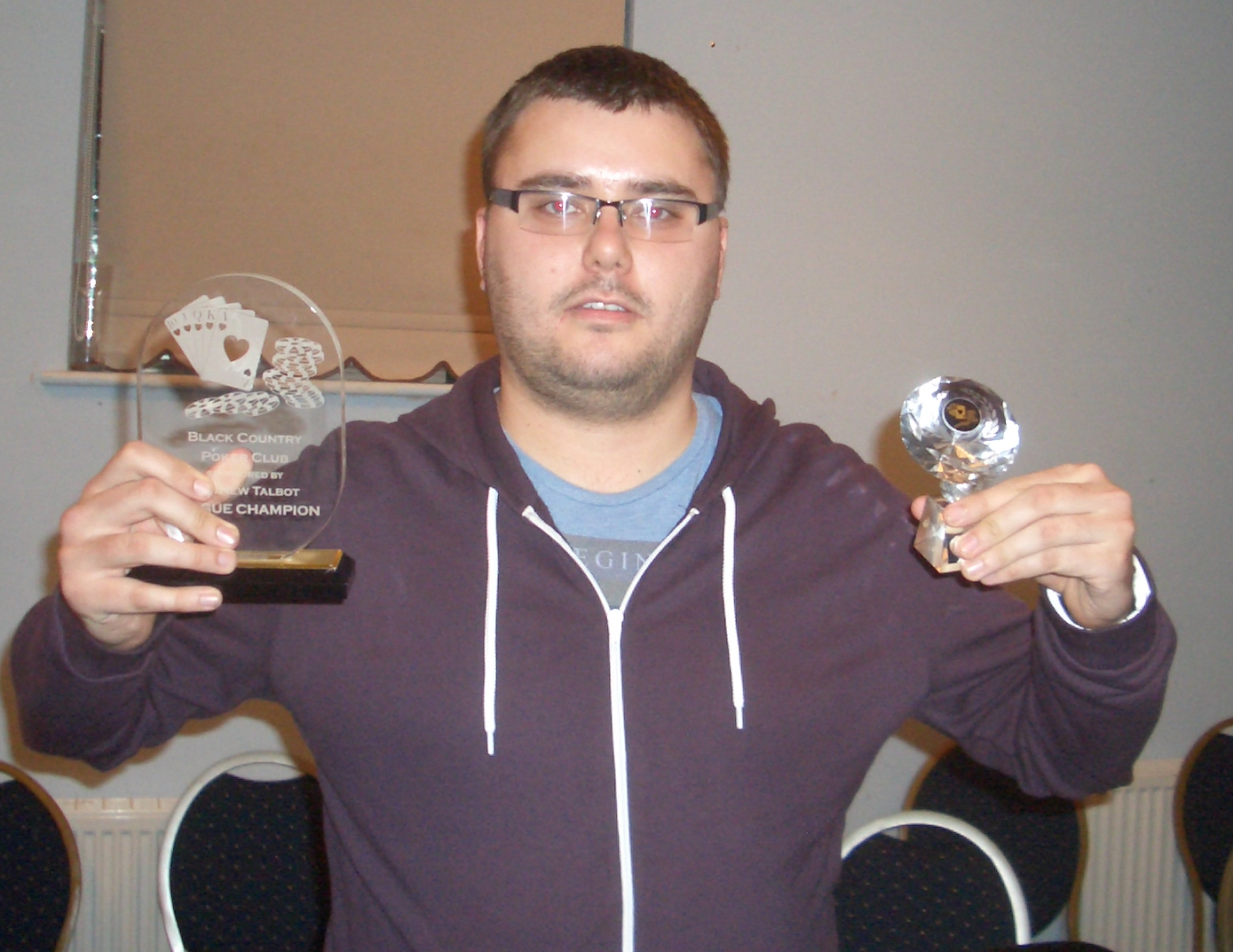 Check out the website for final league standings and other stuff including calendar of other events/games.

Good luck to the BCPC teams in next week’s team event!

Prey was quite good on ITV, so catch that up on ITV Player. Also Fargo (Sundays C4) is ace.

And a question to finish: In Game of Thrones, are the White Walkers’ horses also dead? Please let me know.