Friday 26h January meant the highly anticipated Heads Up Championship for season 19 was amongst us yet again.  2 time consecutive winner Nic Cross and current champion would be aiming to become the first player to retain the trophy for three consecutive seasons outdoing Adam Phelan’s feat of a 2 time consecutive winner.  A massive feat, but was it possible?  8 players would stand in his way on the road to Hattrick glory.

Steve Healey kicked things off with the in form Tom Cawley and it was Steve that managed to beat Tom to the post for a 1-0 start.  The other game in group B would see Tod Wood beat Lorna Bennett.

Next up would in group B would be the battle of the two winners from game 1 in Steve and Tod.  Steve must have been pretty happy looking down at his pocket Kings, but unfortunately they weren’t enough to see off the mighty 6-5 of Tod which would maintain Wood’s 100% record.

Over in group A and Brian Yates was busy beating Mr. Sean Priest whilst Adam Phelan managed to see off Gareth Howard in the first game.

In group B and it was Tom vs Lorna in a bid to not go down 2-0 and effectively stay in the game.  It was however Lorna that managed to beat Tom and take him out of the competition. Not content with that Lorna would now be up against Steve Healey; Both tied at 1 a piece it would mean the winner would move through to the semi finals in 2nd place.  On the day it was to be Lorna who managed to secure her 2nd victory and that would see her through with a shout for the heads up crown.

Back to Group A and Brian was looking for his 2nd victory in the 5 man group.  His opponent this time?  Gareth Howard who really needed a win to keep his heads up dream alive.  In the end Brian managed to push through giving himself a fantastic chance of qualifying for the semis.  Over in the other game Phelan took on the “Anything you can do I can, well… match and pushed past Sean Priest to make it 2 victories from 2.

Clash of the titans now would see both Brian and Phelan battle it out.  The winner guaranteeing a spot in the semi final.  It was to be Brian’s day as he secured his place leaving it in Adam’s hands to book his place by beating current champion Nic Cross.  First up though Nic decided to make things hard on himself by losing to Gareth Howard.  From here it would be an up hill struggle or would it? Nic somehow manages to bounce back like a true champion and beat Adam Phelan and then Brian Yates successfully.

He only went and done it!

The semis would see Brian take out Tod in a comfortable fashion on paper at least; A solid 2 nil setting him up for a heads up final against the winner of Lorna and Nic.  It was a close affair; After game 2 they were locked at 1 a piece, but it would be Nic that would pip through and give him a shot of becoming the first 3 time heads up winner!

Incidentally it was Nic vs Brian in the final of the HO-HO-HOMAHA event.  Could Brian extract revenge from his previous defeat?

It was as to be expected a close one.  Nic taking the first game to make it 1-0 before Brian cleverly spotting a bluff managed to level it to 1 a piece.

And the winner of the third game was Nic!  His 2 3 of hearts on an A 6 4 5 8 board would give him the nut straight and take the championship yet again!  An amazing feat by Nic and we wish him well in his chosen game representing himself and the BCPC.  A valiant battle by Brian so well done to you sir and to everyone that took part.  Until the next season…. 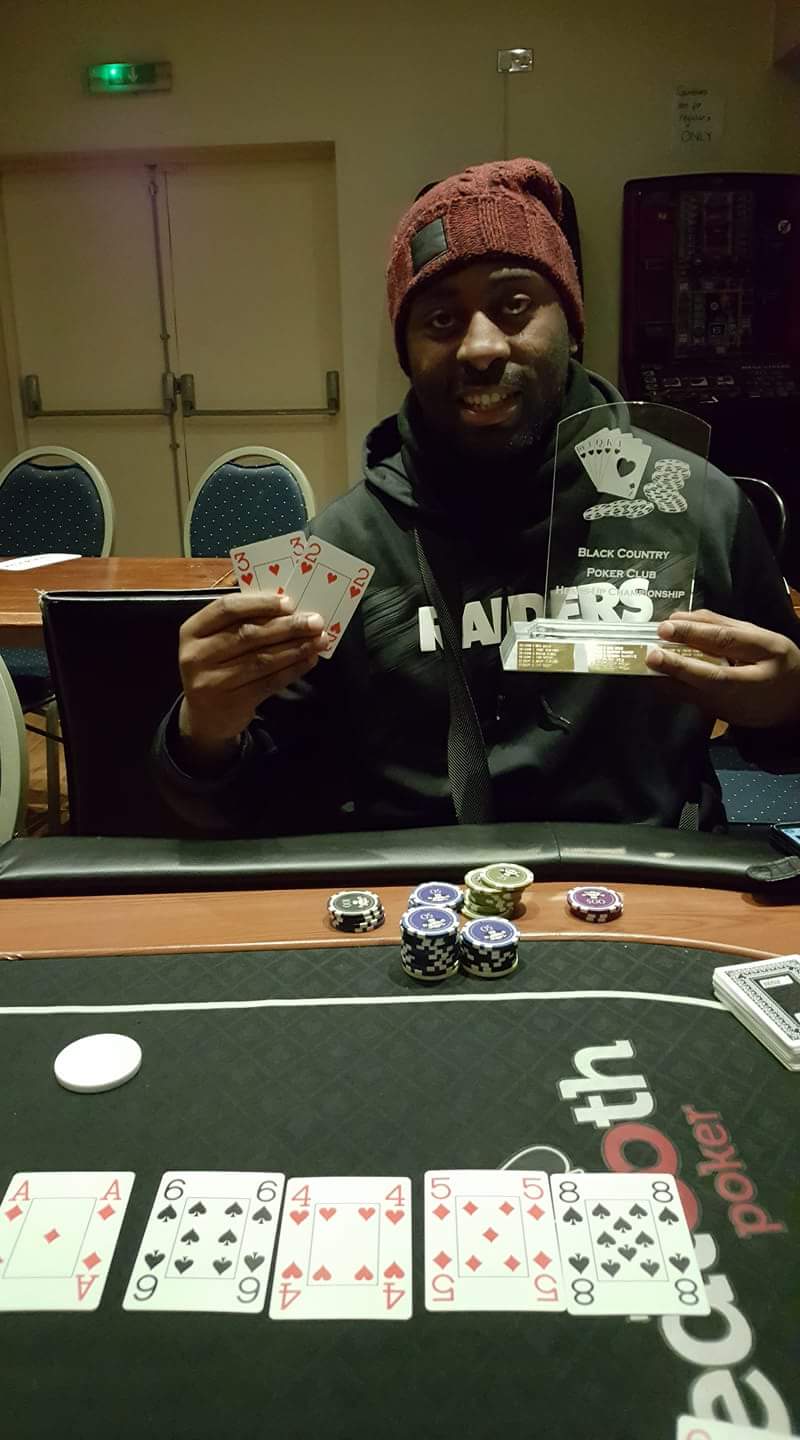