Friday 18th August saw 12 players locking horns in this years much anticipated heads up championship.  3 groups of 4 would do battle with only the group topper guaranteeing a place in the semi finals.  Each player would get one crack at their opponent during the group stages meaning the competitors would have to be on top of their game.  Could Nic Cross make it two in a row and equal Adam Phelan’s feat or could Matt.Cromwell gain revenge in a competition that kick started his BCPC career becoming the first non BCPC player to cash for the club. Only time would tell…

The game got underway at 7 and saw the following groups drawn:

Brian and Matt would kick things off in their group, the first time they’d met in the previous 3 Heads up championships.  It wouldn’t last long, 1 hand in fact.   The blinds at 25/50 Brian raised to 125. Matt reraised to 300.  Brian reraised to 1000 and Matt duly shoves.  Brian makes the call and shows Ace Queen to Matt’s pocket Jacks.  A queen on the flop and no help on the following streets for Matt would mean game 1 had been concluded with Brian the victor. Meanwhile over in Group A Steve Healey and Adam Phelan were having loads of fun.  Can you guess who had what? It was all going well for one until the River. 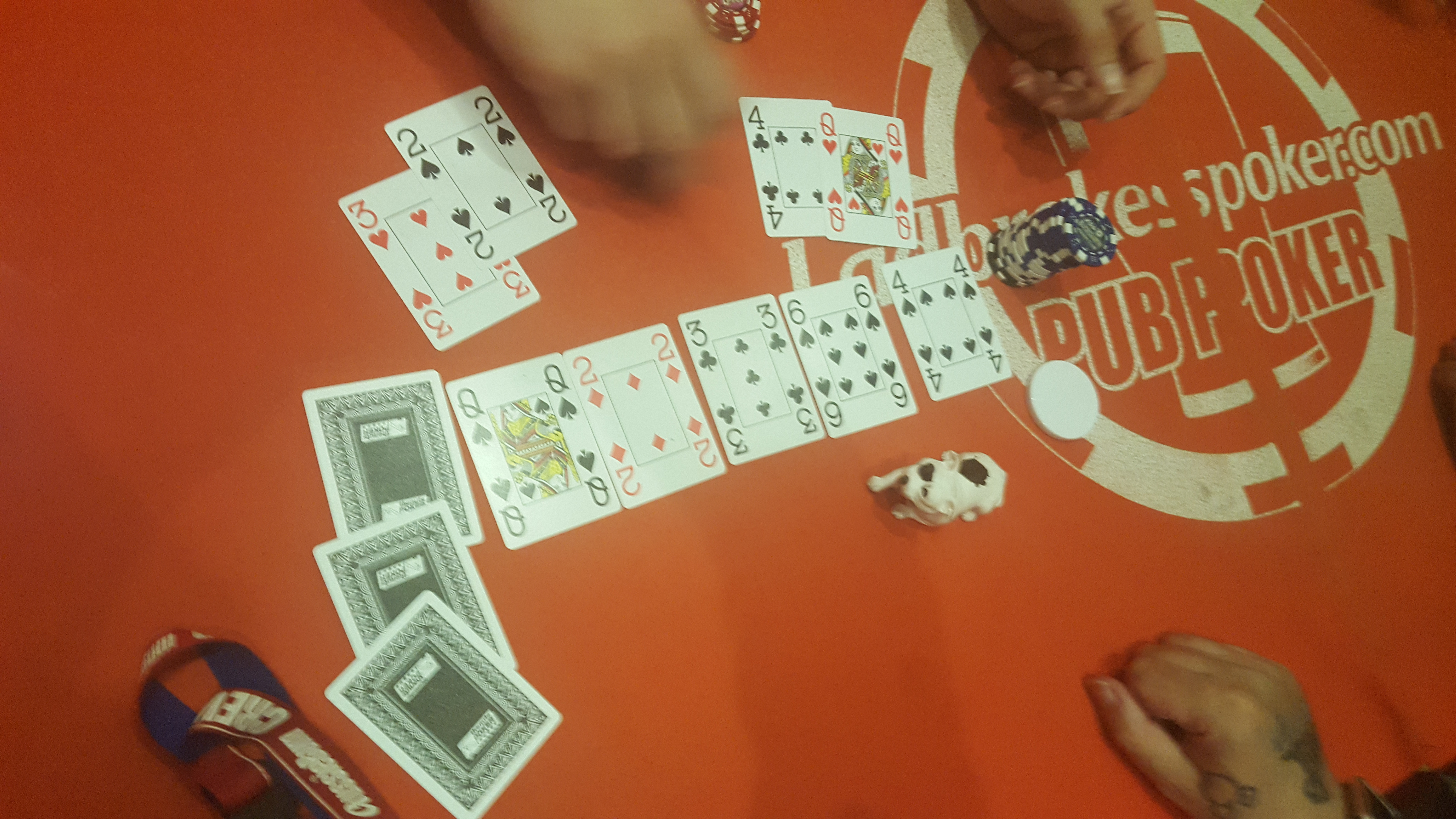 Incase you wanted confirmation, a picture can paint a 1000 words 😀 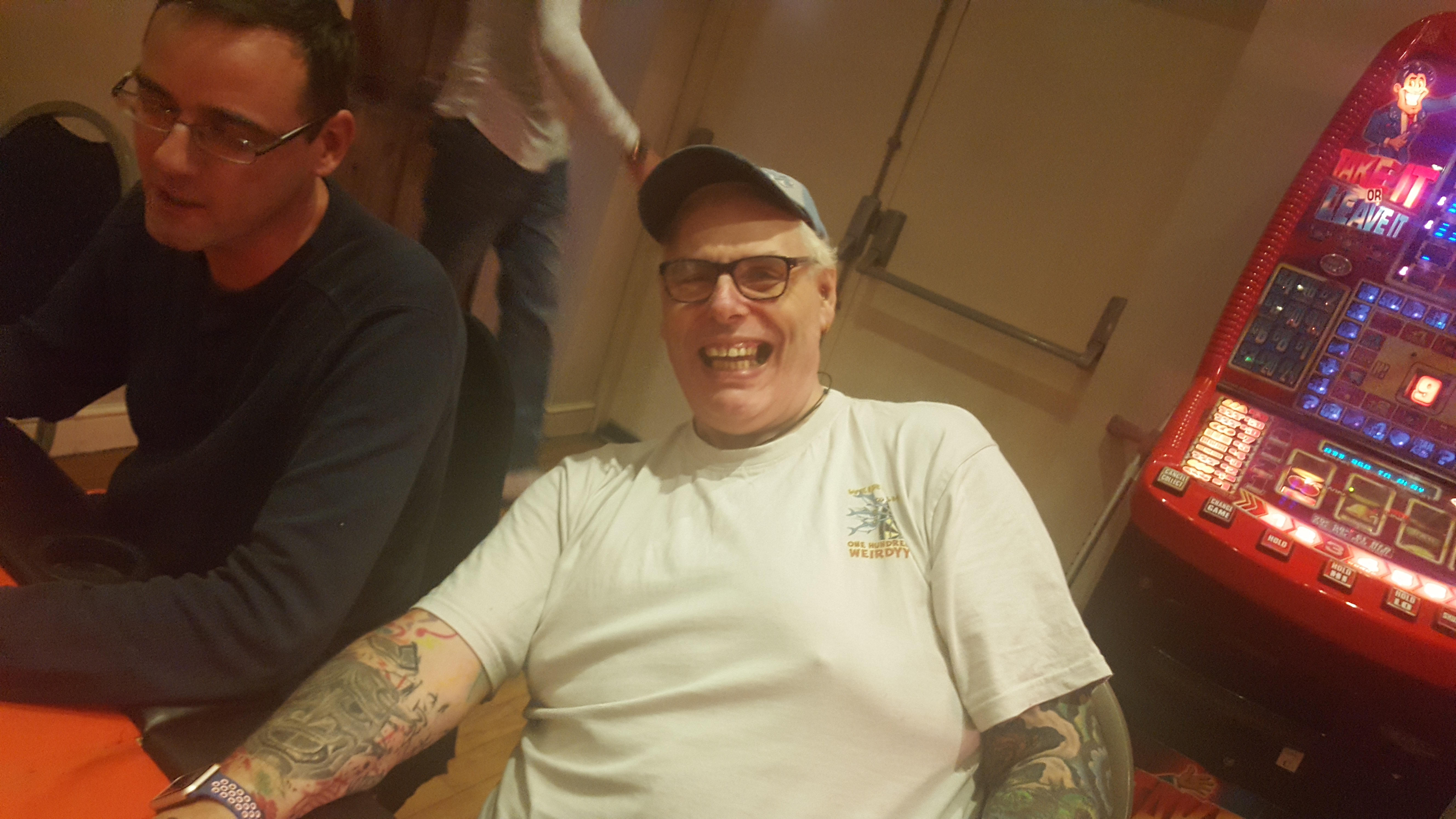 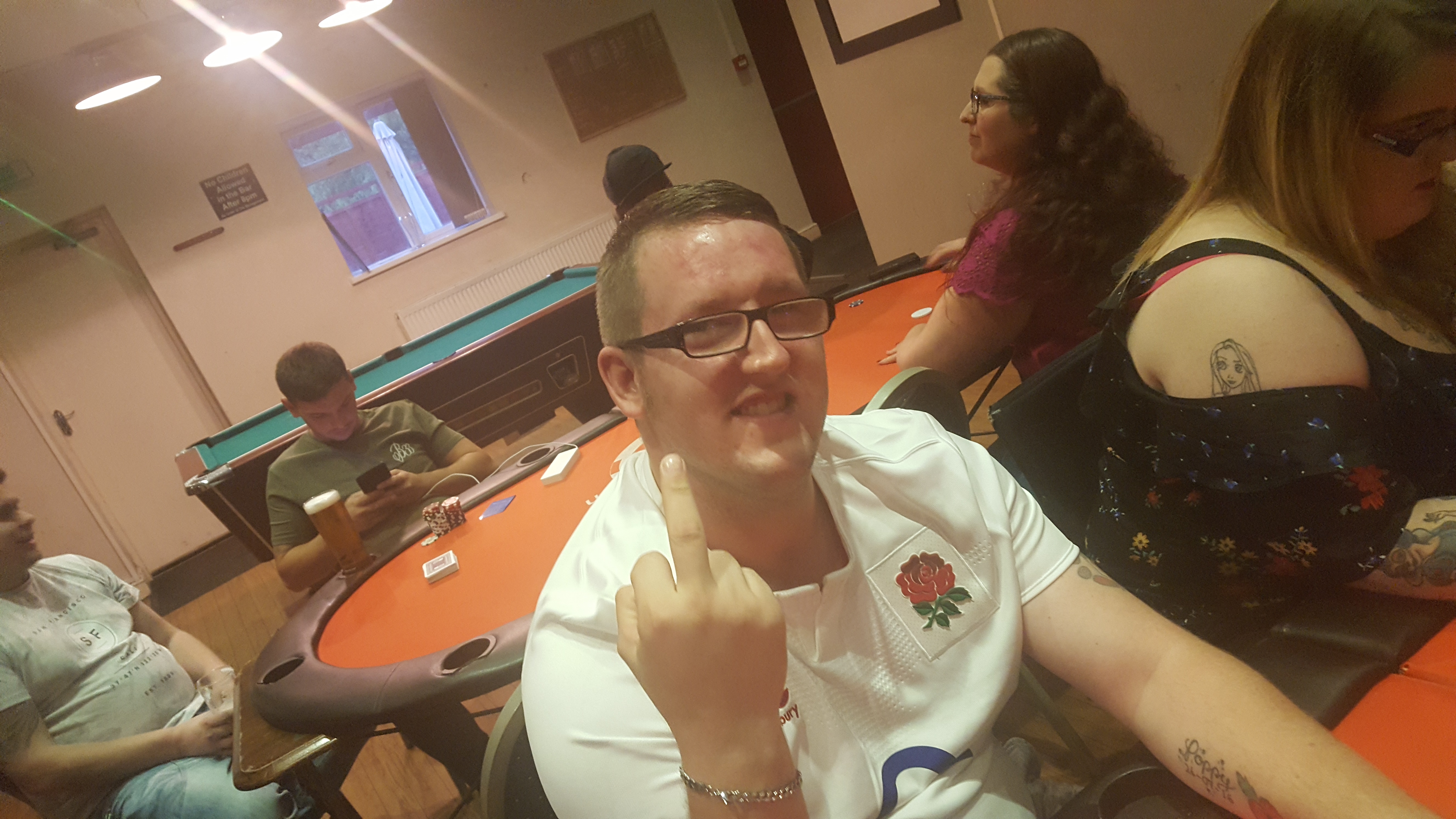 It wasn’t long however until fortunes were changed.  This time Steve vs Mark England, both getting it all in pre with the blind levels pretty high. 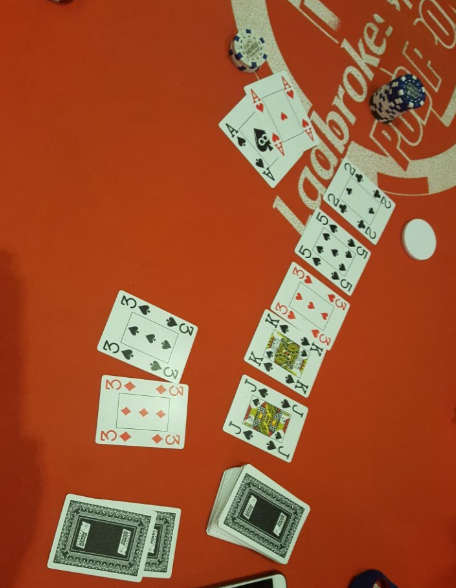 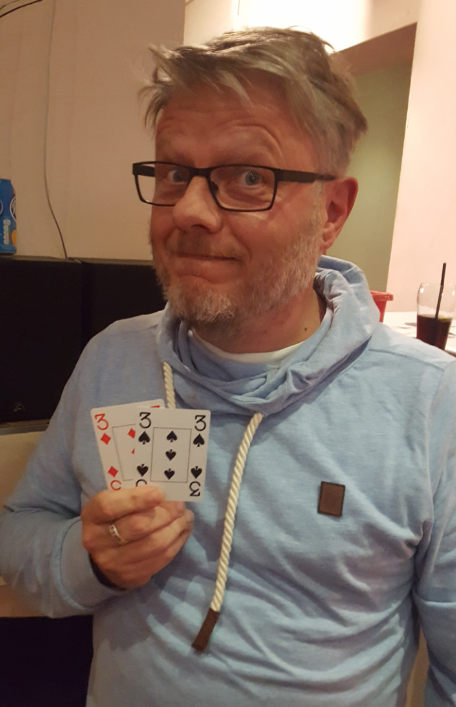 There was a welcome return for a previous player Andy Overton who I personally hadn’t met before.  Could he take away the trophy? 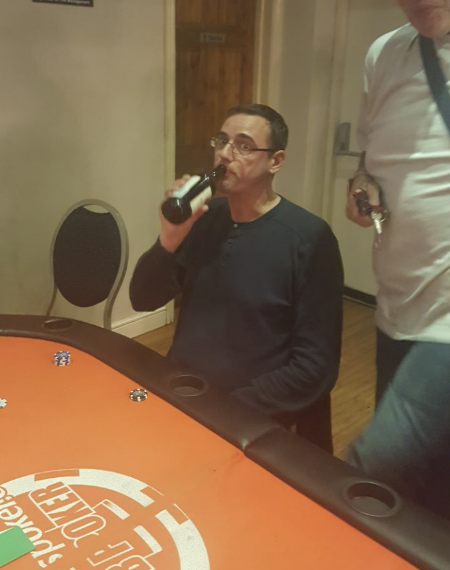 With old faces there were new faces too, Matt’s sister Michelle getting in to the party spirit. 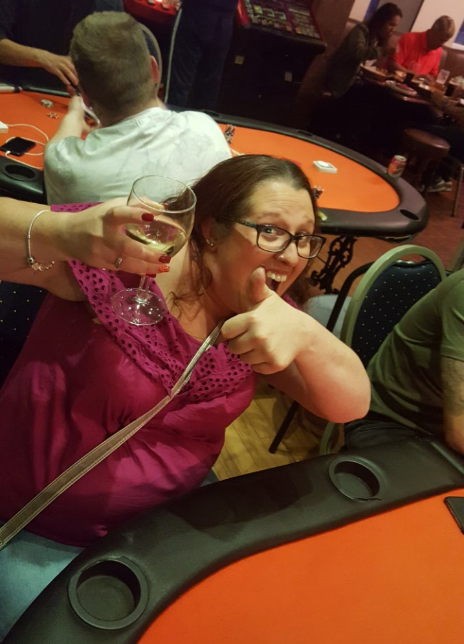 It was incidentally Michelle and last year’s champion Nic Cross who had probably the longest game of the night.   The deadlock was finally broken however with blinds at 4 and 800.  Michelle managing to win her first and only game of the evening.  Nic’s 7/5 no match for the pocket 7’s preflop all in 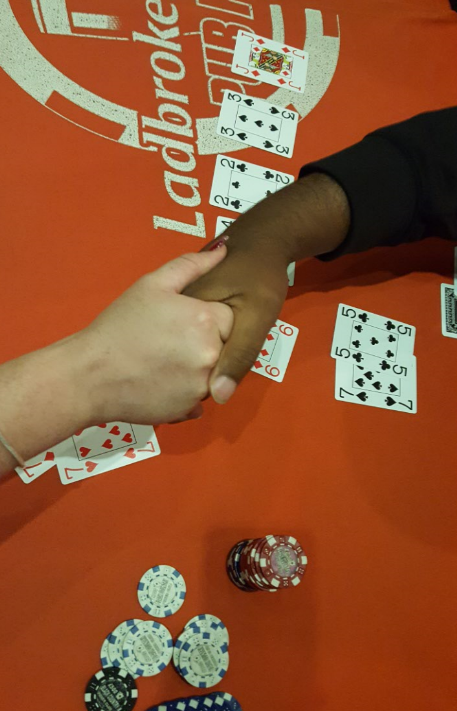 In Group C, Paige and Gaz were having a closely fought contest.  Jack comes over to give Paige some moral support and advice to which Gaz says something along the lines of “coaching isn’t allowed usually, but as she’s better than you I guess it’s OK”  LOL.  Paige further proved she had the poker brain managing to just edge past Gaz in the game.  2 pocket pairs dealt meant Gaz would unfortunately be struggling preflop all in in an extremely close game.

With 2nd place in all three groups having won 2 and lost 1 a three way tie would be played to see who won join Adam, Nic and Tom in the semis as best runner up.

Brian was first to bite the bullet leaving Mark and Paige.  Paige managed to get through adding to a strong performance throughout the evening and join the other 3 in the semis which would see the following lineups:

In the first semi it went down to the wire.  Nic took the first game against Paige before Paige levelled it to 1 a piece.  Nic just about managed to scrape through to the final in what he described as a really hard game.

The other semi saw much of the same ilk with not much separating both Adam and Tom.  Tom, like Nic took the first game before Adam levelled it to 1 a piece leaving it all to play for.  In the end it was Tom Cawley who managed to just pip Adam to the post and deny Phelan the chance of being the first player to win 3 Heads up Titles.

And so it was down to the final 2.  Tom Cawley vs reigning champion Nic Cross.  Could Cross do what Cromwell couldn’t and make it 2 in a row to join Phelan’s record? 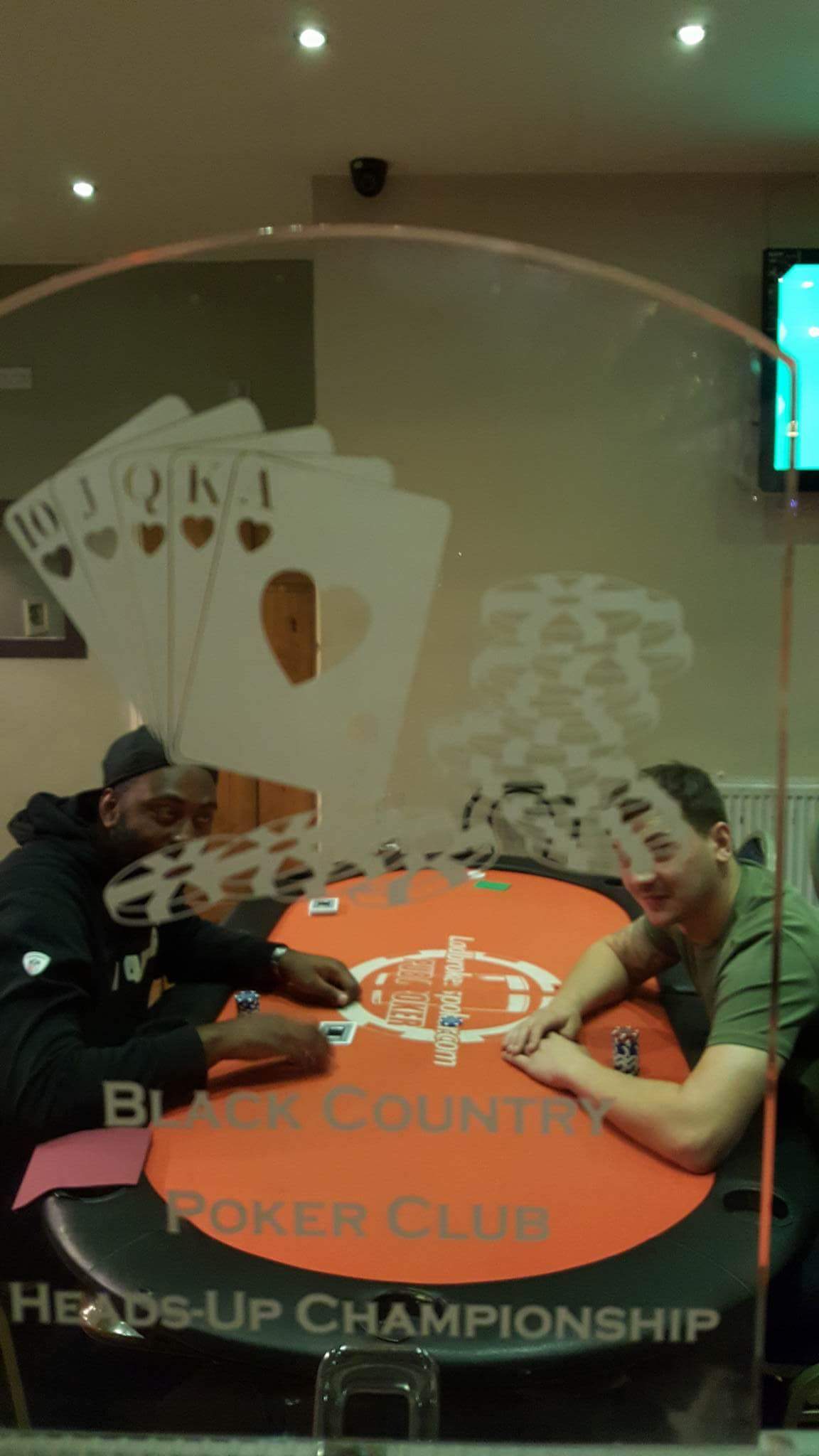 1 game down the signs were positive as Nic took the first game and needed one more win to retain the championship!

Armed with Ace 7 Nic managed to make it 2-0 and defend his heads up crown.  Must be the lucky Raiders top after donning the lucky jersey last time round!  (#raiderstopontour!)  With that Nic managed to bag himself a £220 seat to play on behalf of himself and the BCPC whilst Tom managed to reclaw his entry fee back for his troubles!

In Nic’s own words it was “very difficult to retain the title, I’ll do my best to cash for everyone when I play either a GPS Mini or 25/25”  he later added that although the “final was 2-0 that doesn’t reflect how hard it was, Tom Cawley is a very good player.”

A big congratulations to Nic and commiserations to Tom.  All in all a great night was had and we look forward to the next one where Nic tries to make it an unprecedented 3 in a row! 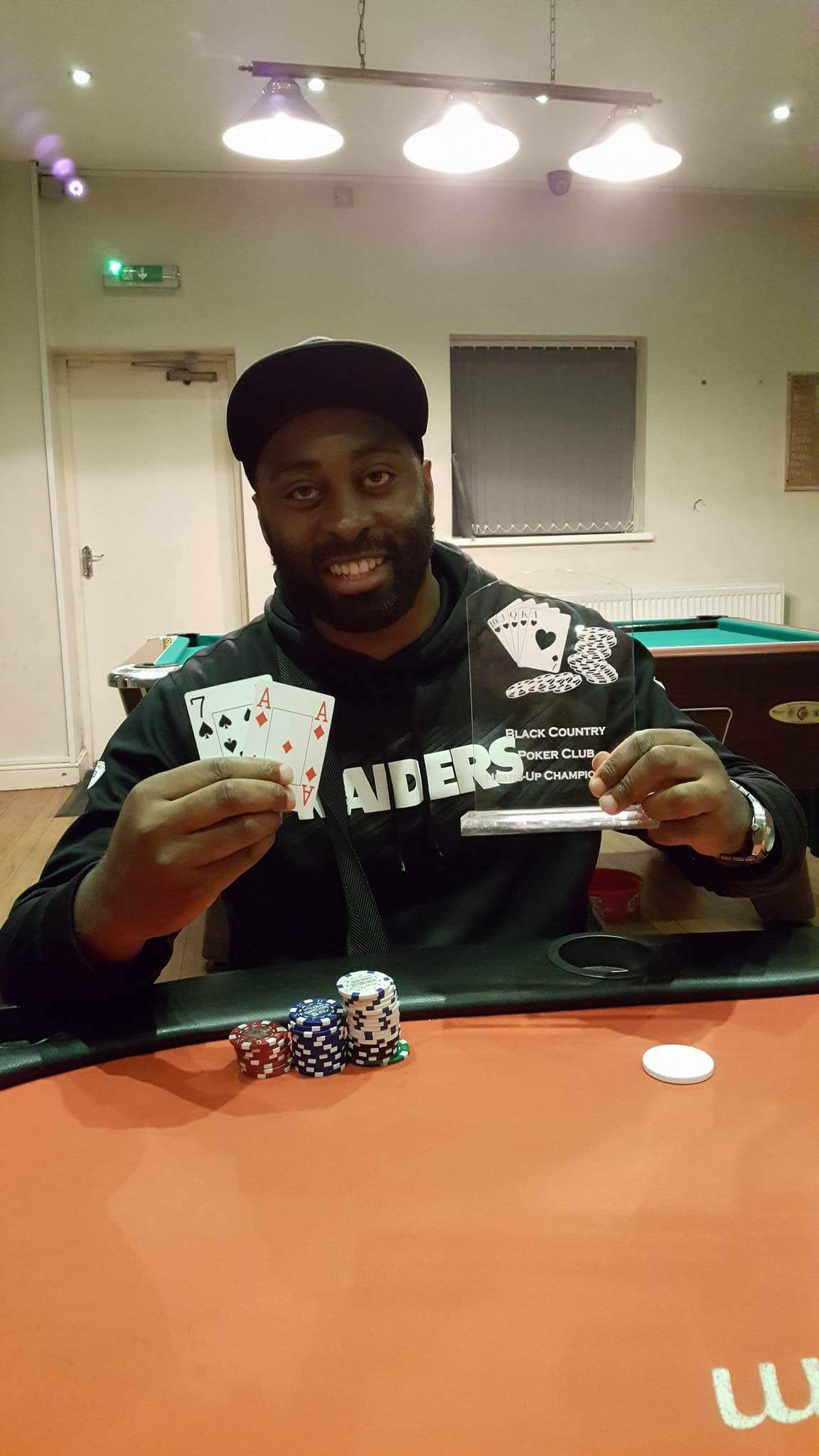