Friday 15th June saw the inaugural heads up championship commencing for season 20 and there were a total of 9 runners for this season’s event.  With a small field there were good possibilities for any in the group to have a decent run however all eyes would by on Heads up King Nic Cross who had won the last three in a row, a hattrick!  Could anyone stop Heads up king Nic in his quest for an unprecedented 4th title in a row?!

In Group B; Jack kicked off with Andrey whilst Cromwell and Ward suited up for battle.  After a long game and blinds pushing up to 4 and 800 it pretty much became a shove fest in which Cromwell just managed to come out on top.  Meanwhile Hipkiss was busy showing Mini Cross how it was done and eased through the first game unscathed.

Match 2 of group B would put winners Jack and Matt against each other and a win for either would put them on course for a date in the semi finals.  It was definitely Jack that was on form tonight and a bit of dodgy play by Matt by way of a bad read would see Jack make it 2 for 2 that would all but secure his place in the semis.

In the other game Andrey would place Marc and Andrey would adopt a slightly looser approach to his first game with Jack.  It still wasn’t to be however and Marc managed to defeat Andrey in a close game to get off the duck status.

In Group A Nic and Brian were pretty much steamrollering the group dusting off their opponents and would see them at 1st and 2nd, but would still have to play each other.

Back to group B and now a win for Matt would against Andrey would secure his place in the semis after securing a win against Ward (if he were to win against Jack)  If Ward won and Cromwell lost it would be Ward that progressed alongside Jack and if neither Matt or Marc could win then the remaining 3 would be in a 3 way playoff with 1 win respectively.  Tough times!

By now Andrey had found his balance over the previous two games and saw off Cromwell whilst Jack made it 3 out of 3 by seeing off Ward which would set up the 3 way final to see who would make the semis.

Over to group A and little had changed with Nic and Brioan securing first and 2nd.  Thet were now to play each other to see who would top group A, but both were already through.  It was a to Brian’s match as he managed to come out on top leaving Cross in 2nd as they awaited the outcome of Group B to find their next opponents.

Marc Ward, Andrey, Matt Cromwell would look to join Jack in the semi finals and find opponents in eith Brian Yates and Nic Cross from Group A.  Eventually Marc would be victorious and that would see him pitted against Brian with the semi’s looking like this

Best out of three in the semis would see Brian Yates through to the final for another season after a very tough game against Marc.  Subsequently Brian manged to find himself replicating last years final with Nic as he also progressed through to the final 2.  Nic’s route through the semi’s had seen him win 2-1 after giving Hipkiss a 1-0 lead.  Could Nic make it 4 or could Brian get revenge for previous heads up and HO HO HOMAHA Defeats?

It just wasn’t to be again for Brian and Nic managed to win with a 2-0 defeat of the chairman meaning Nic was crowned again a 4th consecutive time winner!

Nic had this to say on the win:

“I think we should rename it the Nic Cross comp :-D”

Very impressive and congratulations to Nic and Brian for making final.  Nic will be representing us with his ticket in this year’s Goliath event and we wish him all the best.  See you all at the next one! 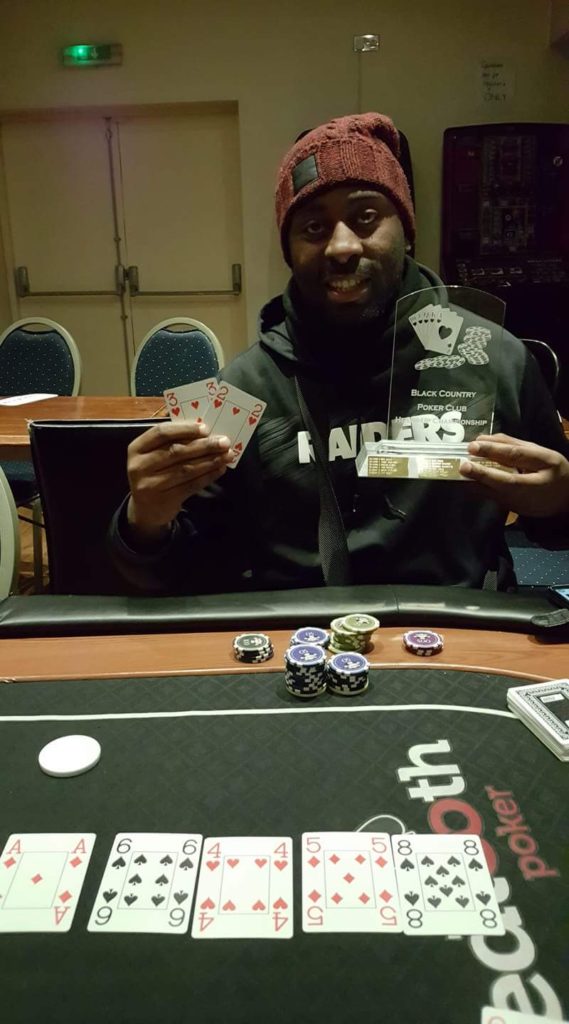