This week’s game is sponsored by Burger King. Nuff said. 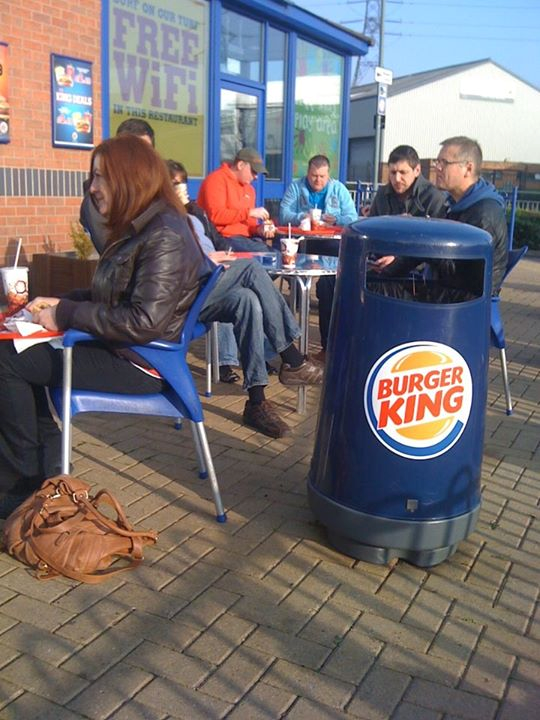 Well my giddy Auntie Brenda. Final game of the season and we are guaranteed a new champion….

Will Steve H hang on? Will one of the pack come through at the last minute (week)?

Also loads of people with a shout of winning one of the runner-up seats, so all to play for.

In contention for top spot coming down the final stretch were:

Coming off two recent wins, Adam needed another good finish tonight to overtake current league leader, Steve ‘AdelaideBull’ Healey. However the poker gods can be cruel beasts. Entering a pot with 46, Adam liked the look of the 456 flop. However Jay had the second nuts, 73, and the inevitable car crash saw Adam left with just 450 chips.

Out in 20th Adam exited soon after, Jay again doing the damage. Adam’s A8 called by Jay’s AT. No help arrived and that left Steve H one step closer to the title.

Over on the feature table, the beer was flowing and Tony was having trouble believing the veracity of people’s statements and actions. “Are you having a laugh? IS HE HAVING A LAUGH?”

Out in 19th Well Deb certainly wasn’t after her 66 hit a set on a dry J63 board, only for Kev to have hit top set. AIPF, and no miracle on turn or river. Those cursed poker gods again…

Foyie again struggles to win a race and is down to fumes after his QQ is bested by Calum’s AK. King on the flop and another on the river for good measure.

Out in 18th Paul didn’t last much longer. Pushing blind with 68 he was called by Dazza’s AT, who actually I think re-shoved? The flop of JQK left Paul drawing dead. Steve R saved himself some chips by folding AQ pre.

Following the break, Mooch continued his aggressive game, raising in the cut-off with K8. Bri re-popped from the SB with 99. Mooch shoved for about 5k. And Bri dwelt for a while before making a good call. However the cards came down KQ33Q and Bri was down to 500 chips.

Out in 17th Calum raised with 44, Steve R shoved with AT and Calum made the call. Off to the races but Calum had a pretty lame horse, a ten on the flop and turn giving Steve the hand.

Out in 16th Dawn raised to 600. Tony 3-bet to 1600 and Dawn called. The flop came down KT2. All the chips go in and Dawn shows KQ. However Mr T has AA. Another championship contender falls by the wayside but what a great first season for Dawn.

Out in 15th Bri had managed to get back up to 1150 but still needed a double-up and so was happy to shove with KT. (I actually have no idea regarding his satisfaction with the move, but hey.) Anyway, Steve H, who basically hadn’t played a hand all night, woke up – like a lady of the night waking up to find her John passed out and a case full of readies on the bedside table – with pocket aces. Lovely jubbly. Though not for Bri, obv. A ten on the turn gave Bri some hope but the ace on the river put an end to all that.

Out in 14th Kev raised the button to 500 with K8 clubs. Tod, with only 1625 left, shoved with A7 clubs. Kev was priced in to call and the board ran out 45QK7 to knock out Tod. Phil Ivey was asked to comment on Tod’s performance this season. “Shite.” Well, quite.

Out in 12th Steve R was the next casualty, his push with KT (or possibly KJ) being called by Daz (him again!) with 88. A couple of high cards with an A and a Q but no outs hit for Steve. No doubt Steve will be a force next season though as he looks for his third BCPC title.

Out in 11th Dale had had his arse 3-bet off all night and was also low. Forced to shove with K2 he had his balls shaved by Mooch with AK. Dale failed to hit his 3-outer and we were down to the final table.

Laura lost a big pot to Andy. Not sure of the action but Laura had AJ and Mr D had T4(!). Breaker, breaker, we have a smokey in a plain brown wrapper. The T4 turned into trip tens.

Out in 10th Laura was delighted to find AK to shove with, and even more delighted when her Hollywood sighing and nail biting got Daz to call with A7. The ‘out in 10th’ probably gives you a clue that this doesn’t end well. The flop of 89T was followed by the killer J. Laura needed a Q on the river or she was wamboozled! It was a 4. Laura’s reaction? “Blame Tony.” Fair enough.

Out in 8th A standard flip saw Jay exit as his 55 lost out to Eagles’ KQ. Nothing much to write about there you might say but that meant that….

We had a BCPC league 10 winner – congratulations Steve Healey! A brilliantly consistent season, always there or thereabouts, and a win on the way too. Steve will now represent the BCPC in a £550 tournament. Very, very well played. 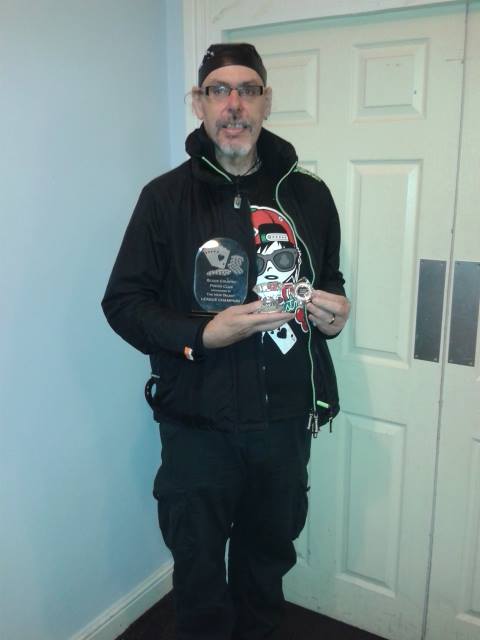 Now back to the shitmunchers…

Actually there was still much to play for as the other top 8 seats still needed to be decided.

Tony found a much-needed double up as his pocket threes hit a set against Daz’s KT. In the same hand, Courtney inexplicably folded J6 (mis-read his hand?) – obviously the cards came down 2345X.

Out in 7th Three-way action saw some crazy hands and even crazier claims. Really not sure of the action, but it sounds like Andy D, Mooch and Courtney were all in on a flop of 4A7. Or maybe it was after the turn? which was a 7 also. Anyway Courtney had 73 (standard J), Mooch 88, and at the time unsure of Mr D’s hand but he was shouting (yes, actually shouting!) for a 6. The river was a 6! “YES!” screamed Andy. Shortly followed by “….oh no, I’ve misread my hand.” The Lancashire fool. So Andy was out in 7th and Mooch was left with about 500. (Oh, and Andy actually had Q8….)

Out in 6th Steve H, perhaps relaxing a bit after claiming the title, lost out to Mooch who had just received a double-up and therefore had a few chips to play with. Steve’s A2 lost out to Mooch’s 35. Flop was something like 25T.

Out in 5th Mooch couldn’t last much longer though. Again it was Courtney playing executioner with his A6 beating Mooch’s A3.

Out in 4th So close again for Daz and another great result but a crucial race lost with A9 v Tony’s KT, a king on the flop doing the damage.

Out in 3rd A king was again the knockout card as Eagles made a ‘desperado’ push/all-in call with A8 against Courtney’s KT. The king came on the turn this time.

Runner up After a cagey start to proceedings, Tony eventually went for the double-up with QT. Courtney called after just seeing one card, the ace. The other was a ten, leaving Tony drawing pretty thin. Flop was 786 giving Mr T four more outs. However the turn was a 3 and the river a K.

Winner An excellent second win this season for Courtney, blasting him up the table into 3rd overall. Courtney also only played four games, so who knows what could’ve been.

The final top 8, each winning a seat, were:

So now we look forward to the next season. The slate is wiped clean and anything is possible.

We have some old favourites rejoining the club, so that it be really good to see those clowns again. Take a bow Clive Padden, Ant WIliams, Charles Mason and Andy Overton.

And I’ll finish with one of my favourite Brian Yates stories, as told by the man himself.

So I’m playing the so-and-so deepstack and Andy Overton’s playing as well. Anyway, we meet up at the break and…

Bri: “Hi Andy. Jesus there’s a guy on my table who’s really good. Can’t get any kind of a read and he’s playing really aggressively, 3- and 4-betting everyone. I’m just trying to stay out of his way.”

Bri: “The other side of the table, next to the dealer.” 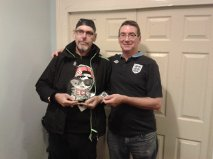