15 players took part in this season’s heads-up tournament. There were three leagues of 5, each player playing everyone else in their league and the top two qualifying for round two. The players who made round two were: Chris Baker Matt Cromwell Tony Griffiths Tod Wood Laura Rhoden Adam Phelan   Tod makde a good start winning his first two games but then lost his last three, meaning he could not make the final. Chris also started well but lost two meaning that he had to win the playoff to get through. He refused to play though (lol). Matt and Tony both lost to Tod early on but both came back to make the final. And it was new boy Matt Cromwell who denied Tony his second title in two weeks by coming from behind to win the final 2-1. Well played, Matt. Hope to see more of this young man at the BCPC. 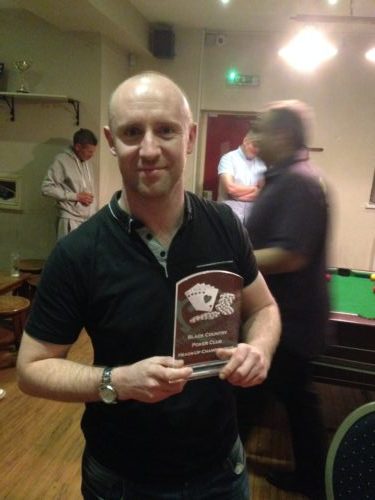