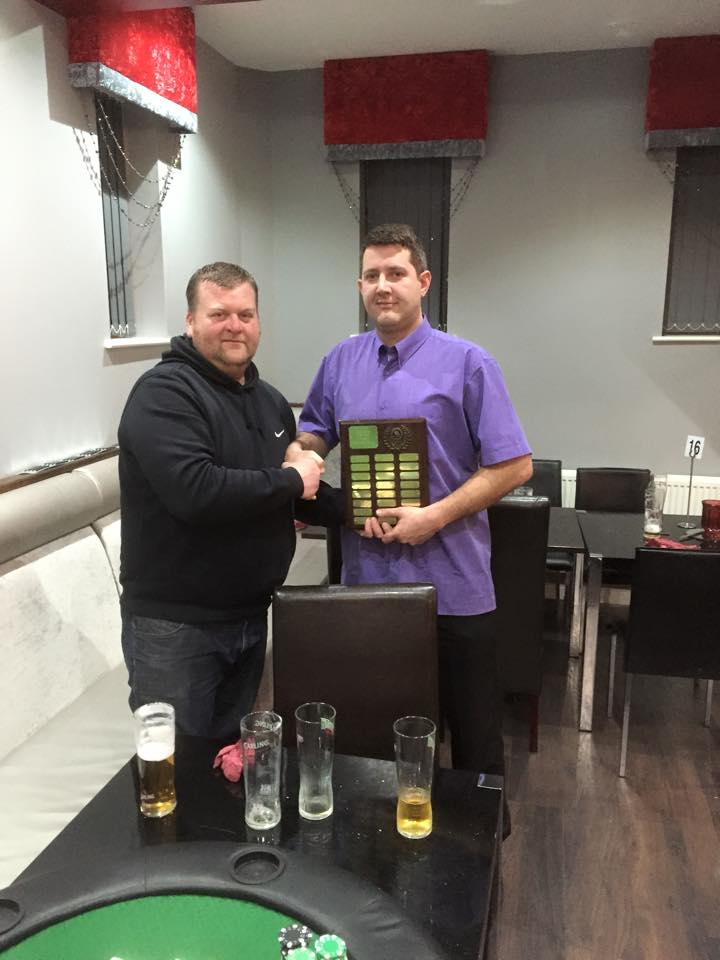 Clive and John were no-shows so there were 6 players at the table.

Lots of sets in the early stages but no one really left the pack.

From level 4 it was carnage as the no-shows had to put small and big blind in EVERY hand.

The no-shows were knocked out shortly after leaving 5 players remaining.

Not sure of the action but Kev finished 5th and Paul 4th.

Scouse and Adam went heads up for the trophy with Scouse having a 2-1 chip lead. The tide turned for Steve as his A9 on a 9-high board ran into Adam’s AA but he clawed it back and eventually one with AhJh v Adam’s 5c7c on a 2d6h3h 9h 5h board (not sure of the action). 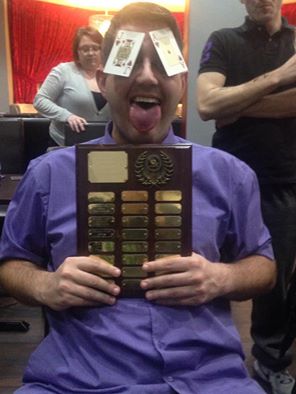 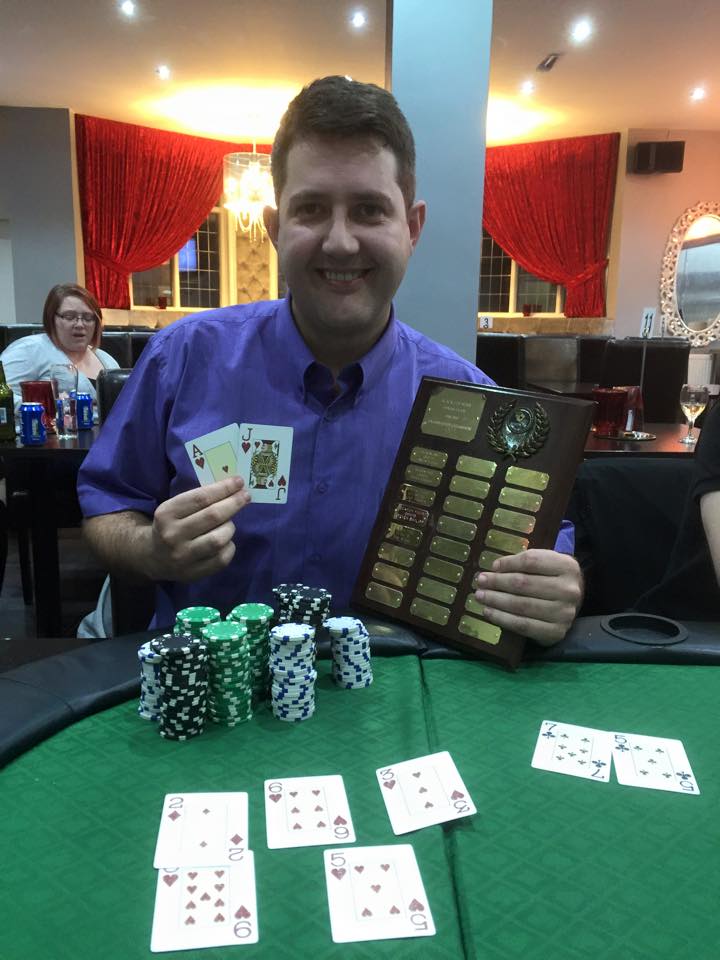 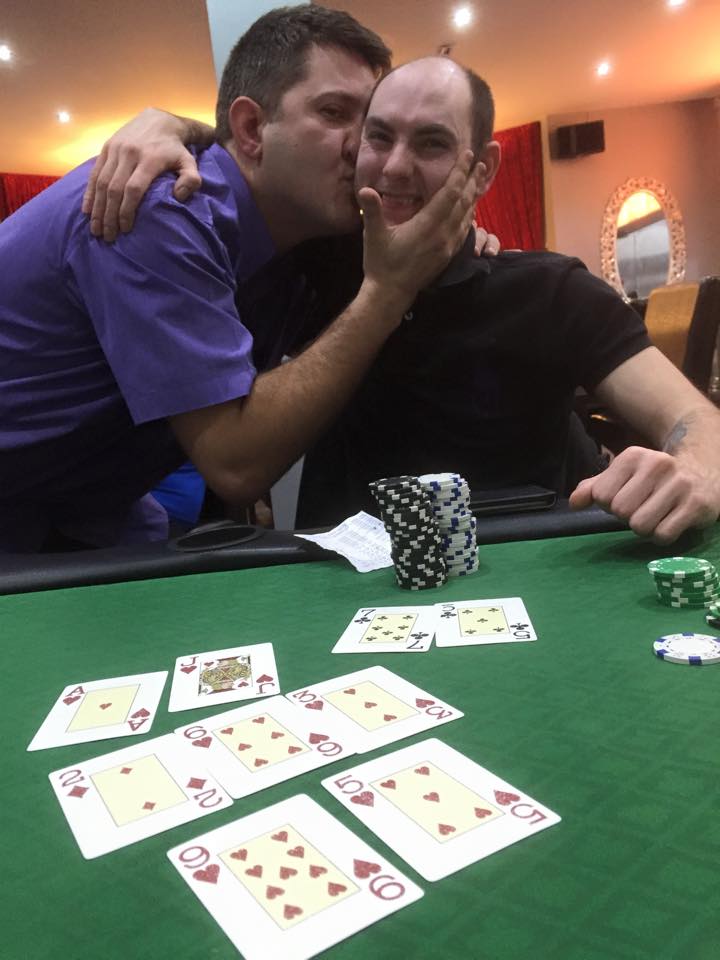